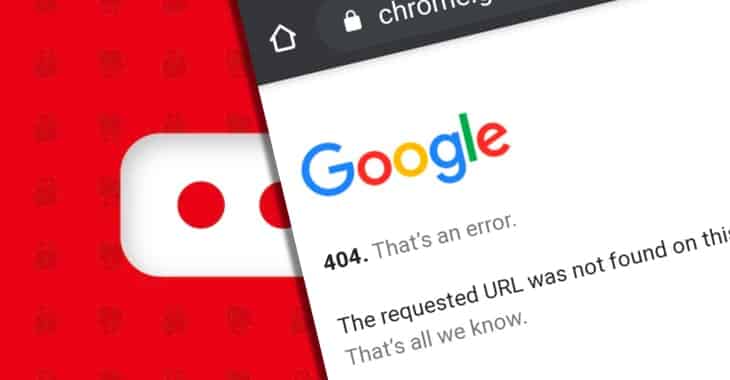 Someone at LastPass must be feeling 5!ck as a p4rr0t right now, after human error meant that the password manager’s browser extension was accidentally deleted from the Chrome web store.

The LastPass extension in the Chrome Web Store was accidentally removed by us and we are working with the Google team to restore it ASAP. You can still access your Vault by signing in on our website. Thank you for your understanding and patience in the meantime.

Although an embarrassing goof, it’s something of a storm in a teacup security-wise.

It’s also important to note that the removal of the extension would only have affected people who were attempting to install the extension. Existing users would not have been affected, as the extension had not been removed from their own computer – just the store.

Furthermore, the LastPass extension dropping temporarily out of the Google Chrome web store wouldn’t have prevented users from accessing their passwords, which continued to be available as before from their password vault by signing in to the LastPass website or using the LastPass smartphone app.

If you had a different browser installed on your computer – such as Safari, Opera, Microsoft Edge, and Firefox – you could always install the extension for that.

And, of course, it’s worth underlining that no-one’s password was at any risk due to this incident.

Nonetheless, it’s not the kind of thing any firm wants to happen.

Within a few hours LastPass was able to confirm that it had resubmitted its Chrome extension for Google to review, and it had been republished.

RESOLVED: The LastPass Chrome extension has been restored: https://t.co/2CHMs3gkgs
Our apologies for any inconveniences caused, and thank you for your understanding and patience.

Graham Cluley is a veteran of the anti-virus industry having worked for a number of security companies since the early 1990s when he wrote the first ever version of Dr Solomon's Anti-Virus Toolkit for Windows. Now an independent security analyst, he regularly makes media appearances and is an international public speaker on the topic of computer security, hackers, and online privacy. Follow him on Twitter at @gcluley, on Mastodon at @gclul[email protected], or drop him an email.