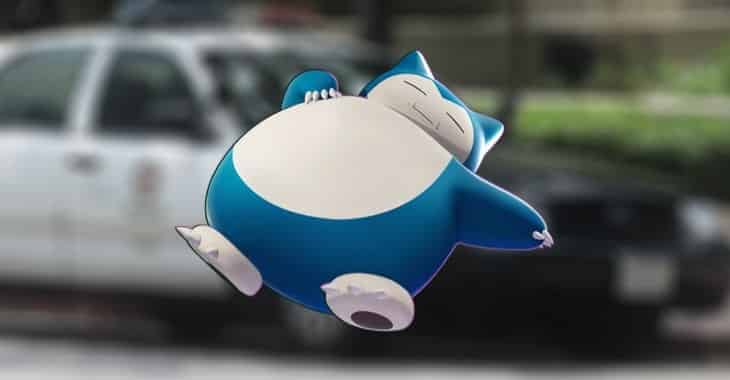 In April 2017, two Los Angeles police officers failed to attend the scene of a robbery in progress at a Macy’s department store.

They claimed that they hadn’t heard their radio asking them to provide backup at the Crenshall Mall, because there had been some loud music playing over the PA system at a park.

But a review of their vehicle’s digital in-car video system (DICVS) revealed that the truth was they had deliberately ignored the call for assistance. They weren’t interested in catching robbers, they were hunting for Snorlax and Togetics.

Yes, for some 20 minutes the DICVS caught the men discussing the Pokémon Go video game as they drove to different locations where the virtual creatures would appear on their mobile phones.

The policemen denied playing a video game when they should have been catching criminals. They claimed they were merely “having a conversation about Pokémon Go” and that one of them had been receiving text messages and alerts from a Pokémon Go players group where “people [were] bragging about their scores.”

A subsequent board hearing into misconduct found the pair guilty of:

The men were fired from the Los Angeles Police Department as a result.

Now Vice has managed to get its hands on transcripts of what officers Louis Lozano and Eric Mitchell were saying to each other about their Pokémon hunt, while their colleagues could really have done with their assistance preventing a robbery just around the corner.

Here’s part of the transcript that Vice received thanks to a public records request. To hear more of my thoughts about this bizarre case, be sure to check out episode 257 of the “Smashing Security” podcast: