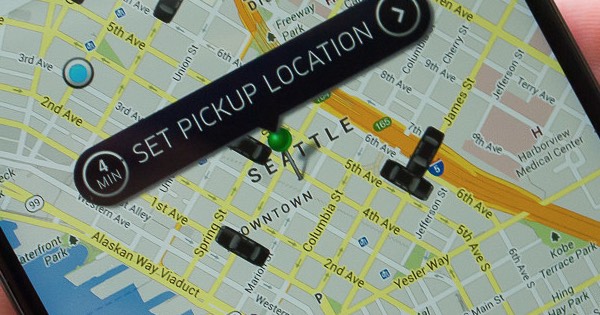 Samuel Ward Spangenberg is suing his former employer, minicab firm Uber, claiming that he suffered age discrimination and retaliation after whistleblowing on some of the company’s practices.

As The Center for Investigative Reporting describes, Uber’s former forensic investigator claims that staff regularly snooped on customer records in order to spy on the movements of celebrity customers, ex-partners and spouses.

One of those allegedly snooped upon was pop superstar Beyoncé.

In a court statement, Spangenberg claimed that access to the alleged ‘God View’ was not tightly controlled:

“Uber’s lack of security regarding its customer data was resulting in Uber employees being able to track high-profile politicians, celebrities, and even personal acquaintances of Uber employees, including ex-boyfriends/girlfriends and ex-spouses.”

“I also reported that Uber’s lack of security, and allowing all employees to access this information (as opposed to a small security team) was resulting in a violation of governmental regulations regarding data protection.”

Michael Sierchio, a security engineer who worked at Uber until June 2016 confirmed Spangenberg’s allegations that customers were being spied upon:

“When I was at the company, you could stalk an ex or look up anyone’s ride with the flimsiest of justifications. It didn’t require anyone’s approval.”

If true, that’s pretty disturbing, and suggests a lax attitude to privacy and security at Uber.

Although not wishing to comment on an active legal case, Uber has issued a statement to the media:

Hmm. I notice that Uber is saying that it’s untrue that ‘nearly all’ employees have access to customer data.

But, for whatever reason, they didn’t say that.