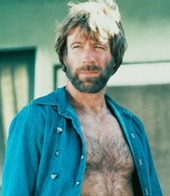 As every internet nerd knows, there is no end to Chuck Norris’s awesomeness.

I was reminded of this claim when reading last week a Facebook post by record label director Paavo Siljamäki, about his recent experience when visiting Facebook’s offices. 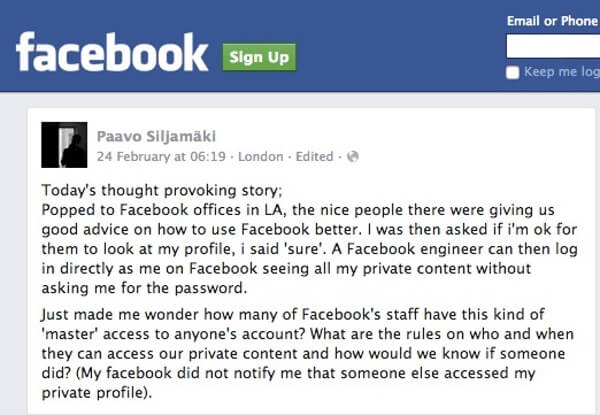 Today’s thought provoking story;
Popped to Facebook offices in LA, the nice people there were giving us good advice on how to use Facebook better. I was then asked if i’m ok for them to look at my profile, i said ‘sure’. A Facebook engineer can then log in directly as me on Facebook seeing all my private content without asking me for the password.
Just made me wonder how many of Facebook’s staff have this kind of ‘master’ access to anyone’s account? What are the rules on who and when they can access our private content and how would we know if someone did? (My facebook did not notify me that someone else accessed my private profile).

Perhaps understandably, Facebook was keen to reassure users about the practice, and issued the following statement to VentureBeat:

We have rigorous administrative, physical, and technical controls in place to restrict employee access to user data. Our controls have been evaluated by independent third parties and confirmed multiple times by the Irish Data Protection Commissioner’s Office as part of their audit of our practices.

Access is tiered and limited by job function, and designated employees may only access the amount of information that’s necessary to carry out their job responsibilities, such as responding to bug reports or account support inquiries. Two separate systems are in place to detect suspicious patterns of behavior, and these systems produce reports once per week which are reviewed by two independent security teams.

We have a zero tolerance approach to abuse, and improper behavior results in termination.

It doesn’t explain, of course, why a message couldn’t be sent to the Facebook user saying that the support team has accessed their account. That might also help to prevent abuse by a rogue member of Facebook’s team.

Because that wasn’t always reportedly the case… 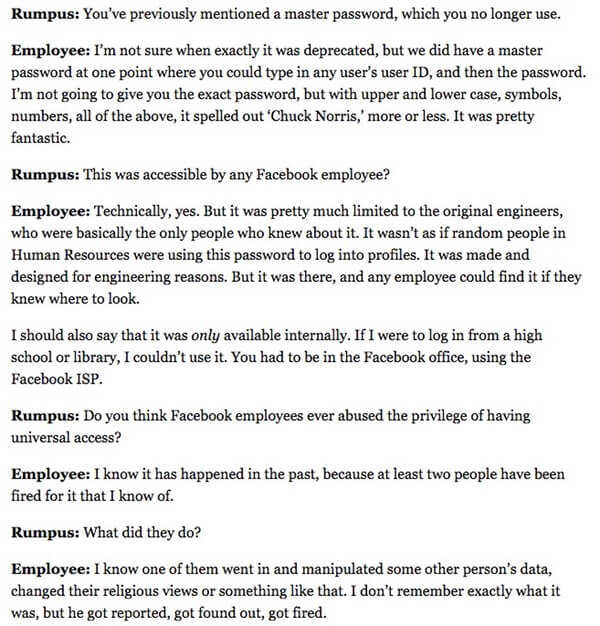 Rumpus: You’ve previously mentioned a master password, which you no longer use.

Employee: I’m not sure when exactly it was deprecated, but we did have a master password at one point where you could type in any user’s user ID, and then the password. I’m not going to give you the exact password, but with upper case and lower case, symbols, numbers, all of the above, it spelled out ‘Chuck Norris,’ more of less, It was pretty fantastic.

Employee: Technically, yes. But it was pretty much limited to the original engineers, who were basically the only people who knew about it. It wasn’t as if random people in Human Resources were using this password to log into profiles. It was made and designed for engineering reasons. But it was there, and any employee could find it if they knew where to look.

I should say that it was only available internally. If I were to login from a high school or library, I couldn’t use it. You had to be in the Facebook office, using the Facebook ISP.

Employee: I know it has happened in the past, because at least two people have been fired for it that I know of.

Rumpus: What did they do?

Employee: I know one of them went in and manipulated some other person’s data, changed their religious views or something like that. I don’t remember exactly what it was, but he got reported, got found out, got fired.

Now, there are some who question the veracity of the interview (for instance, its author Phil Wong has never contributed any other articles to The Rumpus before or since), so it’s worth taking some of this with a pinch of salt.