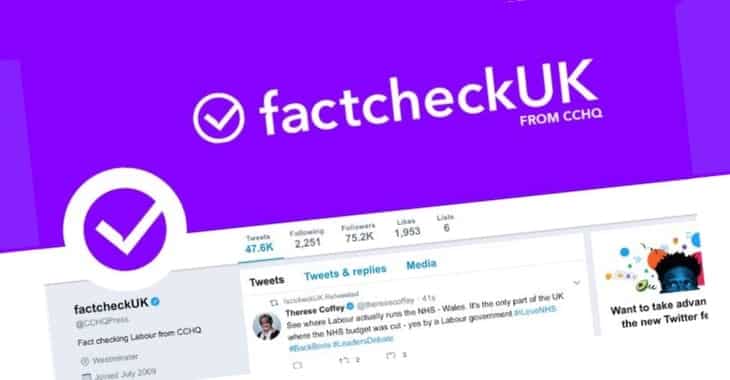 I have a verified Twitter account. You can tell that because if you view my @gcluley Twitter profile you’ll see I have a tick after my name.

Some people mistakenly call it a blue tick. It isn’t a blue tick. It’s a white tick on a blue background, but don’t let my pedantry distract from the point I’m trying to make.

The purpose of having a verified account is to give other Twitter users some level of confidence that I really am who I say I am, and not someone pretending to be “Graham Cluley”. In Twitter’s own words, it “lets people know that an account of public interest is authentic.”

Of course, criminals might have an interest in compromising a verified Twitter account for that very reason. If they managed to hijack an account they could post tweets in the name of a person, and users might be fooled into believing that those tweets really did come from that person. This could be done for the purposes of spreading spammy links, political propaganda, or saying something that might embarrass the genuine owner of the account.

So it’s important that owners of verified accounts, just as with any other Twitter account, ensure that they have proper security measures in place to reduce the chances of getting hacked.

But what’s also important is that the owners of a verified Twitter account don’t themselves exploit their “blue tick” (there I go again…) to fool the public.

Indeed, Twitter’s own rules make clear that “intentionally misleading people on Twitter by changing one’s display name or bio” can lead to the account’s verified status being removed without notice.

So, what are we to make of @CCHQPress, the account of the Official Conservative Party Press Office, which last night – during a televised election debate between the two men battling to be the UK’s next Prime Minister – rebranded itself as “factcheckUK” and began posting tweets posing as an independent fact-checking service. That’s what their revised profile looked like, but most people wouldn’t have seen that. Instead they would have seen tweets appearing in their app from “factcheckUK” with a verified tick and perhaps – depending on the size of their smartphone screen – a reference to @CCHQPress (an acronym I would suspect many people would not connect with the Conservative Party).

It was clearly a deliberate and duplicitous act, done with the intention of deceiving unsuspecting social media users who might have seen the messages and believed them to be coming from a politically-independent source. There’s no reason on earth why they couldn’t have called themselves “factsfromTories” if they had wanted to be clearer about the affiliation.

Furthermore the way that Twitter’s UI works means that it was perfectly possible for messages to be displayed to unsuspecting users without any mention of the real @CCHQ identity being revealed.

Liberal Democrat Layla Moran said it would have been completely understandable if users had mistaken the account for a neutral fact-checking service:

“It’s so easy, Twitter is a fast moving, you’re looking at your feed, you tend to be scrolling quickly. You tend to look at the name rather than scrutinise the Twitter handle.”

It is inappropriate and misleading for the Conservative press office to rename their twitter account ‘factcheckUK’ during this debate. Please do not mistake it for an independent fact checking service such as @FullFact, @FactCheck or @FactCheckNI

It doesn’t matter which particular side you’re planning to vote for in the UK’s upcoming General Election, you have to agree this is a dirty trick for a political party to play while Boris Johnson and Jeremy Corbyn are on live TV being asked about whether they can be trusted.

In response to many complaints from users about the behaviour of the @CCHQPress account (which has now returned to its regular branding), Twitter has said it will take “decisive, corrective” action if something similar happens again:

“Twitter is committed to facilitating healthy debate throughout the UK General Election. We have global rules in place that prohibit behaviour that can mislead people, including those with verified accounts. “Any further attempts to mislead people by editing verified profile information – in a manner seen during the UK election debate – will result in decisive corrective action.”

For its part, the Conservative Party seems unrepentant.

.@maitlis: “You were misleading the public. You were trying to coat your propaganda as hardened fact.. You dressed up party lines as a fact check service: that is dystopian.. You know that people do not trust you, so you have to put something out and call it a fact check instead” pic.twitter.com/UOyLgCx7hi

If politicians are serious about the need to rebuild the public’s trust, deceptive stunts like the one pulled off last night by the Conservative Party need to be consigned to the trash can. There’s enough fake news going around during this election as it is.