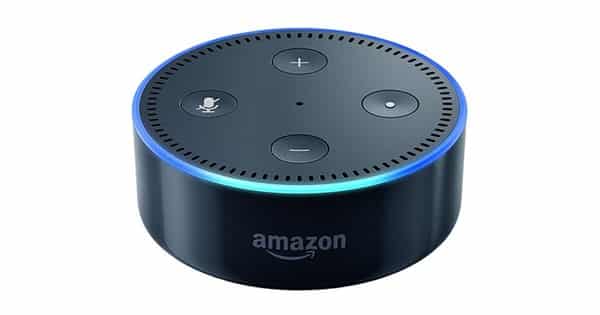 Call me a luddite if you like, but the idea of having a company like Amazon always listening to what’s being said in my house gives me the creeps.

And, as this TV news report makes all too clear, Amazon’s voice-activated assistant Alexa – which powers the likes of the Amazon Echo and Echo Dot – has a problem.

It can’t tell the difference between you ordering a product, or your toddler, or (gulp!) someone speaking on the TV or radio.

Sign up to our newsletter
Security news, advice, and tips.
News anchor sets off Amazon Alexa device in San Diego

Yup. Jim Patton, a TV news anchor on San Diego’s CW-6, was bantering about a media report of a young girl ordering a dollhouse, and – lo-and-behold – viewers’ homes across the region reported that their Alexa devices had then attempted to make similar purchases.

If you’re one of those who has surrendered to the seemingly inevitable intrusion into our private lives that Amazon’s Alexa (and similar gadgets) brings, then please consider disabling voice purchasing or enabling a four digit confirmation code to prevent accidental purchases.

Amazon, of course, enables voice purchases by default. That’s in their interest. They want to sell lots of dollhouses (and more besides).

To change the settings to something more sensible:

It goes without saying that Alexa can do a fair bit more than make purchases from the Amazon store, and there is the potential for mischief makers to abuse the system in other ways if it can’t tell the difference between the voices of authorised and unauthorised users.

Don’t say I didn’t warn you.

Update: An Amazon spokesperson has been in touch with the following statement:

“You must ask Alexa to order a product and then confirm the purchase with a “yes” response to purchase via voice. If you asked Alexa to order something on accident, simply say “no” when asked to confirm. You can also manage your shopping settings in the Alexa app, such as turning off voice purchasing or requiring a confirmation code before every order. To learn more, go to Manage Voice Purchasing Settings. Additionally, orders you place for physical products are eligible for free returns.”