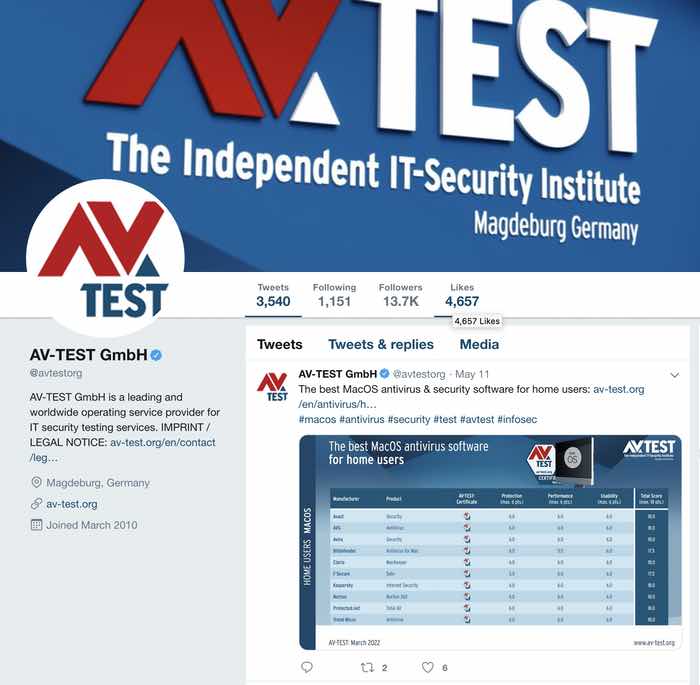 An unauthorised party has seized control of the @avtestorg Twitter account, nuked its profile picture and banner, replaced its name and description with a full-stop, and set about retweeting numerous messages about NFTs. Specifically a collection of multi-coloured NFTs called Doodles.

This isn’t the normal behaviour of the German-based security testing service. And sure enough, it confirmed late last night that @avtestorg had been hacked, and that it not longer had any access.

Over 12 hours have passed, and Twitter does not appear to have given AV-Test its account back. The unauthorised retweets and defacement of the @avtestorg account are still visible for anybody to see.

AV-Test informs me that the account was protected by a secure password and two-factor authentication (which I would expect, as AV-Test knows what it’s talking about when it comes to security.) It has not at the time of writing received any response from Twitter, but has filed a police report about the incident.

So, how on earth has this happened? Has there been a security lapse at AV-Test or does the problem somehow lie at Twitter’s door?

We shouldn’t be too quick to blame instantly the owner of a Twitter account after a hack.

After all, just two years ago accounts owned by scores of politicians, celebrities, and large organisations suddenly started tweeting cryptocurrency-related messages to their many millions of followers, after Twitter didn’t do a good enough job of keeping internal tools out of the reach of hackers.