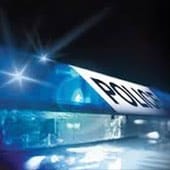 This evening police have arrested a fourth person in connection with the high profile hack of UK telecoms company TalkTalk.

In a statement, the Metropolitan Police said that detectives from its Cyber Crime Unit (MPCCU) – working alongside officers from the National Crime Agency (NCA) – executed a search warrant at an address in Norwich. A 16-year-old boy was arrested at the address on suspicion of committing offences under the Computer Misuse Act, and has been taken into custody.

TalkTalk is believed to have suffered from a website outage involving a denial-of-service attack which took its website offline on 21 October, but the subsequent evening the firm revealed that hackers had managed to steal the personal information of customers – seemingly through an elementary SQL injection attack.

TalkTalk CEO Dido Harding says that she received a ransom demand in the wake of the attack – although it is not yet clear if that came from whoever hacked the company.

SQL injection attacks, of course, are one of the most common methods through which hackers can steal data from organisations, but fortunately they’re also well understood and relatively easy to prevent if you leave the job in the hands of a competent web development team.

It’s hard to defend TalkTalk against the claims that it demonstrated sloppy security and a management team who dropped the ball, as it was the third time the firms’ customers have had their personal information exposed through a data breach in the last year.