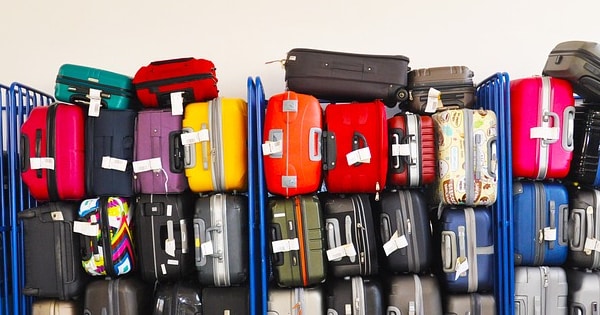 Tough luck if you’re taking an expensive laptop with you on a trip from Europe to the States, and wouldn’t dream of checking it into the airplane’s hold. You might have to stay at home.

The Daily Beast reports that the United States intends to extend its laptop ban to cover any flight coming from Europe.

“Acting on fears that terrorists can build bombs into laptops, Homeland Security has decided to expand the ban it imposed on Middle Eastern flights. Computers will now be checked as baggage.”

Imagine your laptop was a bomb. Is it any less dangerous in the hold than it is in the cabin?

I don’t think so. In fact, if something caught fire in the hold it’s likely that it would be a far more serious problem than it ignited somewhere people might actually notice and be able to take action against it!

And don’t try to tell me that something checked into the hold goes through tighter security screening than the items a passenger carries onboard themselves. If that’s the case then *why* isn’t the same screening being done for the cabin?

If you put your thinking cap on, it’s not hard to determine that checking your laptop into the hold…

Oh, and I guess that a laptop checked into the hold also increases the chances of some nefarious intelligence agency tampering with it en route – perhaps to steal information or to plant some spyware.

But hey, forget that. After all, this has little to do with real security.

In March we tackled the earlier ban on carrying electronic devices on some Middle Eastern and African flights to the United States and UK in our “Smashing Security” podcast. Check it out below.