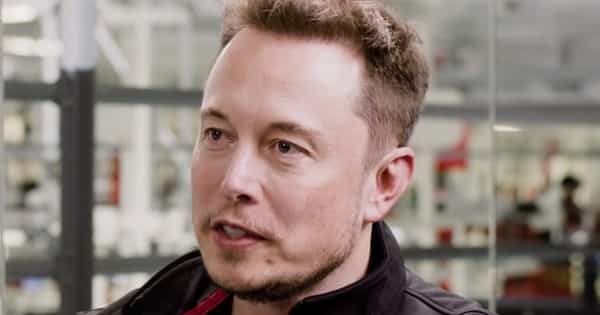 The story so far.

Tesla chief Elon Musk sent a mini-submarine to Thailand in the hope that it would help rescue boys trapped in a flooded Thai cave.

Some accused Musk of trying to crowbar himself, and his companies, into the headlines of a story that had grabbed the world’s attention.

Billionaire tech entrepreneur Elon Musk made an unfounded and disparaging claim about an expert caver involved in the Thai cave rescue, after the caver criticized Musk's idea of using a mini-sub for the rescue: https://t.co/aPifpjBPdy pic.twitter.com/CJAmJAK3qY

Clearly that interview prickled Musk, who posted a (now deleted) tweet to his 22 million followers describing Unswoth as a paedophile. When challenged over the accusation, Musk said “Bet ya a signed dollar it’s true.”

As BBC News reports, following a backlash from Tesla investors, Musk has posted an apology. Which makes him at least the second thin-skinned high-profile Twitter user to retract his words this week.

I guess if you’re responsible for public relations it can be hard to tell obstinate head honchos that they’re causing real damage when they act inappropriately online. Let’s hope that Elon Musk and similar offenders learn their lesson.

Oh, and what do you know. Once again, the cryptoscammers leapt on Elon Musk’s thread to promote a cryptocurrency giveaway scam.

In the below screenshot, everything circled in red is by a bogus Elon Musk. Many users probably wouldn’t notice the lack of a verification checkmark, or that the tweets are posted by @elomtusk rather than @elonmusk. As we described on last week’s “Smashing Security” podcast, time and time again scammers are creating accounts in the names of high profile Twitter users and using devious tricks to trick followers into believing they are reading a genuine message.