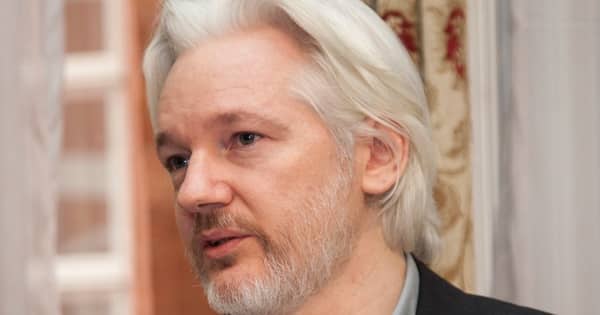 Ecuador has said it pulled the plug on Julian Assange’s web access out of concern that he was using WikiLeaks to influence the U.S. presidential election.

On 18 October, the government of Ecuador issued a statement in which it confirms it cut off Assange’s internet access the previous day.

In recent weeks, WikiLeaks has published a wealth of documents, impacting on the U.S. election campaign. This decision was taken exclusively by that organization.

The Government of Ecuador respects the principle of non-intervention in the internal affairs of other states. It does not interfere in external electoral processes, nor does it favor any particular candidate.

Accordingly, Ecuador has exercised its sovereign right to temporarily restrict access to some of its private communications network within its Embassy in the United Kingdom. This temporary restriction does not prevent the WikiLeaks organization from carrying out its journalistic activities.

The country attributes its decision to WikiLeaks’ publication of tens of thousands of hacked emails, the content of which it feels could affect the outcome of the U.S. presidential election.

Despite Assange’s internet blackout, WikiLeaks published a fresh batch of emails on 18 October. Those emails are said to reveal how staffers working for Democratic presidential nominee Hillary Clinton regarded former Democratic candidate Bernie Sanders as a “doofus,” among other revelations.

It’s unclear which group or entity provided WikiLeaks with the hacked emails.

Aside from Donald Trump, most reports suggest that Russian hackers stole the emails after targeting the Clinton campaign and the Democratic National Committee.

In its statement, the government of Ecuador sets forth its belief that all states are entitled to pursue their own internal affairs without the interference of people like Assange.

Ecuador also made a point of reaffirming its decision to grant Assange political asylum back in 2012.

Unimpressed by Ecuador’s actions, WikiLeaks published its own statement and accused the Ecuadorian government of having implemented the outage after U.S. Secretary of State John Kerry allegedly told the nation’s president Rafael Correa to stop Assange.

US Government officials have denied this story.

I’m not going to debate the ethics of WikiLeaks’ actions, as that’s for another article.

I do commend Ecuador’s position, however. The United States – and all nations, for that matter – should be allowed to pursue their own affairs without the influence of outside actors.

That goes for Assange and the constant dripping of Wikileaks’ data dumps, as well as Russia and its persistent efforts to affect the election’s outcome.

7 comments on “Who cut off Julian Assange’s internet access? Ecuador, accusing him of interfering in US election”