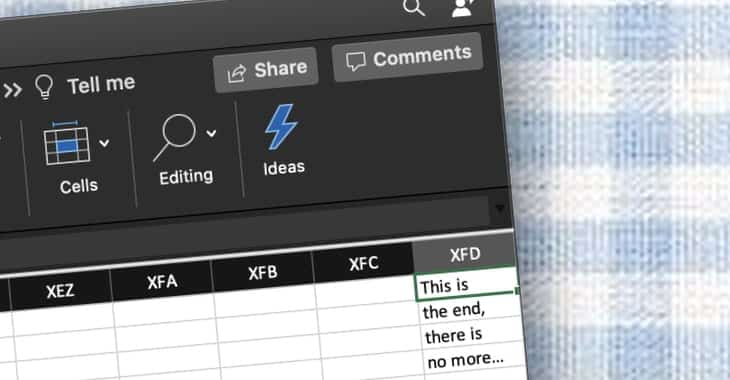 Update: The original article I wrote about this monumental cock-up had some inaccuracies, specifically about how the data was lost. Thankfully, the BBC’s Leo Kelion has got to the bottom of it.

None of this changes the fact that using Excel in any part of this process is absolutely barking.

Apologies to readers for my error. My original article is included below for transparency.

When Microsoft created its Excel spreadsheet software it created limits as to just how big a spreadsheet could be.

Specifically, according to Microsoft’s own documentation, they set the following limits:

That doesn’t feel daft to me. Why would anyone ever want so many columns on a spreadsheet? The last column is labelled XFD if you’re curious.

And yes, if you think of any spreadsheet you’ve ever used in your working life, you would certainly anticipate that you might need many more rows than you would need columns.

But those are clearly still huge numbers. If you wanted to collect data on anything that came anywhere close to those limits you would probably want to use proper database software, not an Excel speadsheet, right?

Not so, it would seem, when Dido Harding is in charge of England’s Test & Trace operation.

Some 16,000 Coronavirus cases reportedly went missing after the Excel spreadsheet they were being recorded in reached its maximum limit, and did not allow the automated process to add any more names.

As a result, it’s possible that some people who might have been infected by COVID-19 may not have been properly traced in a timely fashion.

WTAF is any track and trace data doing anywhere near a spreadsheet? If you designed a process to misplace data it would start with “we use a spreadsheet”.

British Prime Minister Boris Johnson told the BBC this weekend that the problem was:

“a failure in the counting system which has now been rectified.”

Sure enough, the missing figures are now being included in the UK’s daily Coronavirus statistics, showing a sizeable leap due to their failure to be included in previous days. 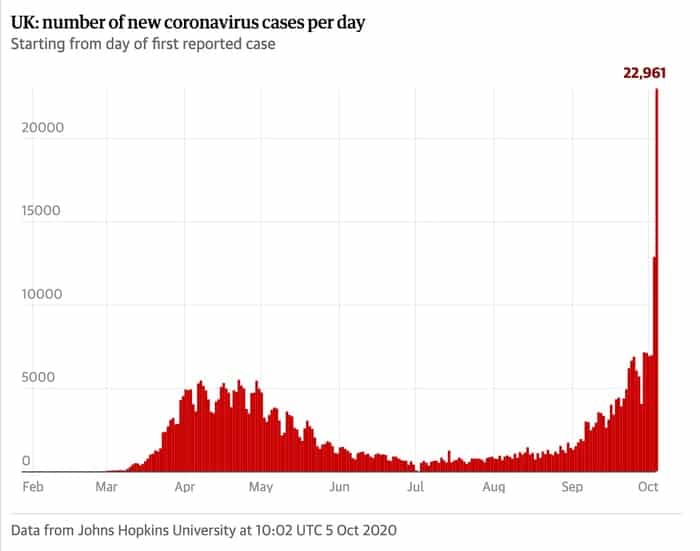 There’s a lesson to be learnt here, and that’s use the right tool for the job. Excel is for spreadsheets, not for running databases.

You’re running a Test & Trace operation, not putting together a wedding present list.

How anyone could imagine that using a spreadsheet with a patient per column was a wise idea is beyond me.

But don’t fear – apparently a solution to the problem was quickly found.

They’ve decided to split it up into multiple Excel spreadsheets…