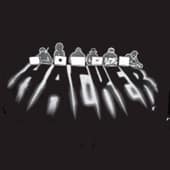 A joint investigation by the UK’s National Crime Agency and the FBI has culminated with the arrest of a British man, alleged to have hacked US government and military computer systems.

28-year-old Lauri Love from Stradishall, Suffolk, is suspected of hacking into systems on servers belonging to – amongst others – the Pentagon’s Missile Defence Agency, NASA and the Environmental Protection Agency.

US prosecutors have filed an indictment in a federal court in Newark, New Jersey, which reveals more details of the case.

Love is accused of working with at least three other individuals based in Sweden and Australia who are, as yet, unnamed. The alleged hackers are said to have exploited vulnerabilities on US government and military systems, planting backdoors which allowed them to return at a later date to steal sensitive information.

The intrusions identified in the indictment are as follows:

Love has been released on bail until February 2014.

There’s no doubt that the American authorities are still smarting after their 10-year battle to extradite British hacker Gary McKinnon, who broke into Pentagon systems after 9/11 searching for secret files detailing UFOs extraterrestial life, ended in failure.

In the wake of that high-profile legal fight, it’s a very brave (or foolhardy) person who targets the US military with a hacking attack. If the US crime fighters believe that they have caught a hacker who has stolen secret information, and embarrassed them by exposing weaknesses on their systems, they are likely to do everything they can to come down like a ton of bricks.