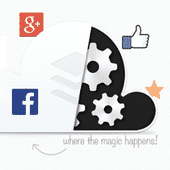 Bad news for social media lovers today, as Buffer – a service which can schedule your tweets and Facebook posts – has been hacked by spammers.

Buffer has sent an email warning to its users, warning that its systems were compromised by hackers who have posted spam messages from customers’ Twitter and Facebook pages.

The good news is that passwords have, apparently, not been compromised – and the hackers did not gain access to billing or payment information.

However, the fact that spam messages have been sent via the service through users’ social media accounts is clearly damaging.

Here’s an example of one of the spam messages that was sent, promoting a miracle diet:

Joel Gascoigne, the founder of Buffer, apologised for the inconvenience in a warning email to users – advising them to check their social media accounts for posted messages that looked like spam. I wanted to get in touch to apologize for the awful experience we’ve caused many of you on your weekend. Buffer was hacked around 1 hour ago, and many of you may have experienced spam posts sent from you via Buffer. I can only understand how angry and disappointed you must be right now.

Not everyone who has signed up for Buffer has been affected, but you may want to check on your accounts. We’re working hard to fix this problem right now and we’re expecting to have everything back to normal shortly.

We’re posting continual updates on the Buffer Facebook page and the Buffer Twitter page to keep you in the loop on everything.

The best steps for you to take right now and important information for you:

Earlier, Buffer’s Facebook page advised users to change their passwords or disconnect the Buffer Facebook app from their accounts – as a means of preventing further spam posts from being made. Of course, spammers will do anything they can to increase the number of people they can get to click on their links – and if they manage to send messages using the Facebook or Twitter account of a legitimate user, they know that friends and family are much more likely to click on the link, believing it to be legitimate.

Furthermore, it’s easy to imagine how the messages could be used for the purposes of phishing or spreading malware.

Although Buffer appears to have the situation under control, and more spam messages shouldn’t be sent, you may still wish to revoke access by the Buffer service to your Twitter and Facebook accounts until the all-clear is given.

Little is known so far about how the hackers managed to compromise Buffer, and one hopes that the site will quickly shut down any security weaknesses. One has to feel some sympathy for the firm, which has fallen victim to a criminal act.

But you have to feel even sorrier for the social media users who have had their timelines and newsfeeds sullied by the spam messages sent by the hackers.