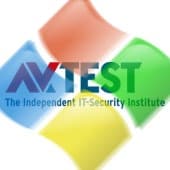 And, in the main, the products performed very well.

In fact, products from Bitdefender, F-Secure, Trend Micro, Symantec and Kaspersky managed an impressive 100% detection rate in a “real-world” test against new, still unknown threats and a separate test against an AV-Test.org library of nearly 30,000 already known malware samples.

Even the products which didn’t quite manage 100% in both tests, still performed very well.

However, there’s one fly in the ointment. One (rather well-known) software company that AV-Test.org included in its Windows 7 test, and found somewhat lacking… Microsoft. In its report, AV-Test.org describe Microsoft’s offering as “much too feeble”:

An economical option for protecting a corporate network is the use of the endpoint module, bundled in the Microsoft Management Suite System Center 2012. The test revealed, however, that this is not to be recommended. The solution was awarded 0 points by the testers in terms of its protection function, and it achieved only 11 out of 18 possible points.

The solutions from Seqrite and the security module from Microsoft, tested for comparison, made a considerably weaker showing. While Seqrite still did a respectable job in detecting malware, it slows down the clients much too heavily in the process. The freeware Microsoft module is much too feeble in the detection of malware. Maybe, in light of test results like this, Microsoft would be doing a better service to more actively promote solutions from third-party vendors instead.

Remember folks – price should not be the driving factor when you decide which anti-malware solution you’re going to use to protect your business.

Security software’s performance and the quality of the service you receive should be much more important than whether your business is going to have to write a cheque or not. Ultimately, an anti-virus which isn’t doing a good enough job of stopping the malware could well cost you more in the long run.

114 comments on “Can you guess which vendor is ‘feeble’ at protecting businesses from malware?”