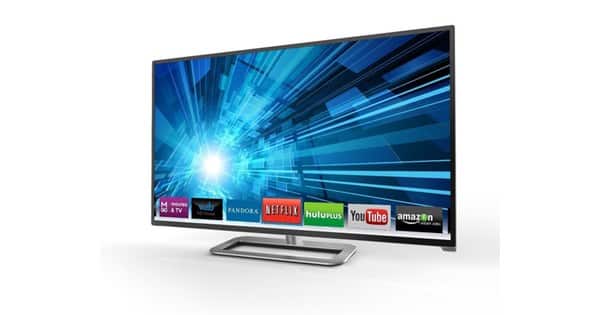 As more and more manufacturers are jumping on the internet of things bandwagon, it’s clear that many cannot resist the temptation of finding a way to make money out of their customers’ data.

The latest offender is smart TV manufacturer Vizio, which changed its privacy policy at the end of last month:

Beginning October 31, 2015, VIZIO will use Viewing Data together with your IP address and other Non-Personal Information in order to inform third party selection and delivery of targeted and re-targeted advertisements.

You may think that that’s unwelcome enough, but Vizio is going one step further – grabbing your IP address so it can identify you on any device that you use to access the internet from home, sharing data with third parties, and meaning you may start to see customised ads on other devices use such as your home PC, smartphone or tablet:

As of October 31, 2015, VIZIO will share Viewing Data, together with the IP address associated with the corresponding VIZIO television, with limited third parties with whom we have specifically partnered. These third parties may combine this information with other information about devices associated with that IP address, in order to customize the advertisements displayed on those other devices.

As Ars Technica explains, an obvious concern is that the IP information could be combined with other data collected about you on the internet, to paint a valuable picture for advertisers.

In predictably depressing fashion, Vizio has enabled the feature – which it shamelessly calls “Smart Interactivity” – by default.

Vizio isn’t the first company to use its Smart TVs to spy on its customers’ viewing habits of course.

In 2013, LG was found to be logging details of programmes being watched, and the filenames found on connected USB drives, regardless of whether customers had disabled the data collection via the user interface. The data was transmitted to LG in unencrypted, showing an even greater disregard for user privacy.

Like Vizio, LG was gathering the data for the purposes of advertising.

And earlier this year, Samsung found itself in the firing line over concerns that the voice control systems built into some of its Smart TVs were sending conversations to third parties so they could be analysed.

Vizio has described on its website how to disable Smart Interactivity – a step that I would recommend for any of its customers.

If your Vizio TV uses the VIA TV interface:

If your Vizio TV uses the VIA Plus TV interface:

I’m sick of companies showing such a lack of respect for its customers. If we really benefit from intrusive ads and being tracked online, then maybe you should give us the option to enable these features rather than always being forced to try to find a way to opt out?