On his “DoctorBeet” blog, Jason Huntley made the headlines last week when he revealed that LG Smart TVs appeared to be mysteriously sending data back to the company about his TV viewing habits, and files on his attached USB stick.

Now he reveals the mixed messages that have come out from LG about precisely what its data collection was for, and how it conflicts with the company’s own corporate video. 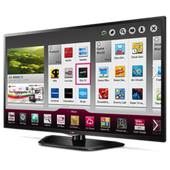 Last week, it was revealed that Smart TVs made by LG were transmitting details of viewing information and the names of private media files stored on removable USB volumes.

LG released a statement to the press on Thursday stating that they would release an update to all affected Smart TVs to prevent these data leaks and to ensure that viewing information will not be transmitted if the user knows how to opt out.

LG’s statement also concerned the use to which the viewing information is put.

Information such as channel, TV platform, broadcast source, etc. that is collected by certain LG Smart TVs is not personal but viewing information. This information is collected as part of the Smart TV platform to deliver more relevant advertisements and to offer recommendations to viewers based on what other LG Smart TV owners are watching.

Interestingly, it now retracts details of how viewing information is used, removing the claim that it was used to “deliver more relevant advertisements”.

The change in the official statement appears, to my eyes, to be something of a fumble.

As I reported in my original blog post on this issue, LG produced a rather creepy corporate video about how their data collection could help potential advertisers.

However, as you can see in the following video from Graham Cluley, it hasn’t prevented the internet from digging out old copies of the corporate video, revealing what LG may have been planning.

So what do we know factually about this advertising and how it relates to data collection?

Very little as it turns out.

It’s impossible to prove with certainty that ad impressions are selected based on detailed lifestyle indicators (as LG’s own promotional video appeared to claim) or simply generated at random.

It would be possible to obtain, via testing, a statistical confidence level of the extent of correlation between the ads served and viewing data but LGs platform is dynamic and subject to being updated at any time.

What I can recommend, however, is that LG Smart TV users check that their own TVs have disabled the option – if they feel as uncomfortable as I do with manufacturers snooping on what they’re watching.

Jason Huntley is an independent IT Consultant based in Hull, UK. Visit his blog at doctorbeet.blogspot.co.uk.