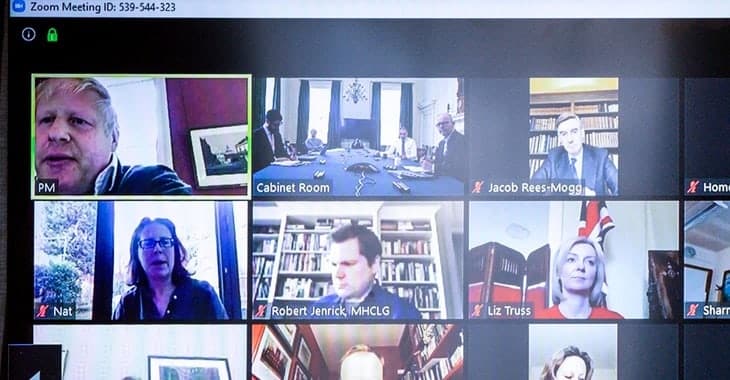 UK Prime Minister Boris Johnson announced on Twitter this afternoon that he was chairing the first ever digital Cabinet, while he self-isolated himself at Downing Street after revealing he was suffering “mild symptoms” of Coronavirus. Johnson included in the tweet a screenshot of his desktop, showing there were 35 participants on the Zoom meeting.

But the screenshot also revealed some details it probably wasn’t so wise to share.

Because a close examination of the screenshot reveals the meeting ID of the Zoom call.

Good news for anyone who was hoping to join the meeting but had mislaid the Zoom meeting ID.

But bad news for any mischief makers hoping to take advantage – the Zoom meeting is password-protected. Thank heavens for that.