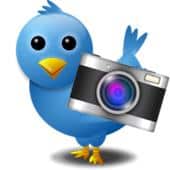 Twitter last week introduced some new photo-related features, including one called photo-tagging which they “helpfully” turned on for users by default.

The new feature means that anyone can tag you in a photo (even if it’s not a photo of you), which will undoubtedly encourage you to check out the photo.

And, because it’s possible to tag up to 10 people in a photo and still have a full 140 characters left for the tweet itself, you can imagine that this will be a feature that some will be delighted to try out.

Yep, you’re right. I’m thinking the same thing. it’s easy to imagine that spammers and scammers might love to take advantage of something like this.

Of course, it’s very possible that you also don’t want to be tagged in photos for privacy or vanity reasons too.

So, what can you do about it?

Well, firstly, you can retrospectively remove your tag from a photo that someone else has already tweeted.

To remove your name or username from photo(s) you’re tagged in, tap into the detail view of the Tweet, then tap the ellipsis (•••) and select Remove tag from photo.

You can also stop an account from tagging you by blocking the user. Once you have blocked the user, your tagged name or username will no longer be shown on the photo.

But if the very thought of being photo-tagged makes your blood boil, here’s how you permanently switch the feature off. 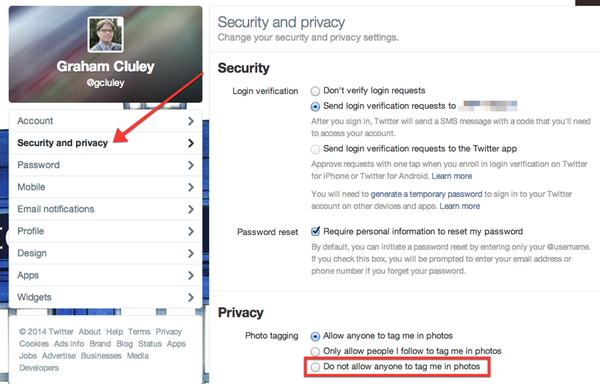 Obviously that last option is the one to select if you never want to be tagged in any photos shared on Twitter.

Scroll down to the bottom of the page, and press “Save Changes”.

Now give yourself a pat on the back, and think yourself better off than all of those Facebook users. After all, they have never been given the option to stop people tagging them in unflattering photos, with their only options being to request a tag be removed or to prevent it appearing in their own personal newsfeed.

So, here’s how I feel about this new photo-tagging feature.

I think it sucks that Twitter turned on this feature by default, and didn’t explicitly tell users that it had enabled this feature in users’ settings without their knowledge. It would have been much classier if Twitter had told users it was introducing the functionality, and managed to convince Tweeters that it was a cool feature and that they should turn it on for themselves.

But at least Twitter does give users a way to disable the feature. Which is more than Facebook does. So, kudos to Twitter for doing that at the very least.