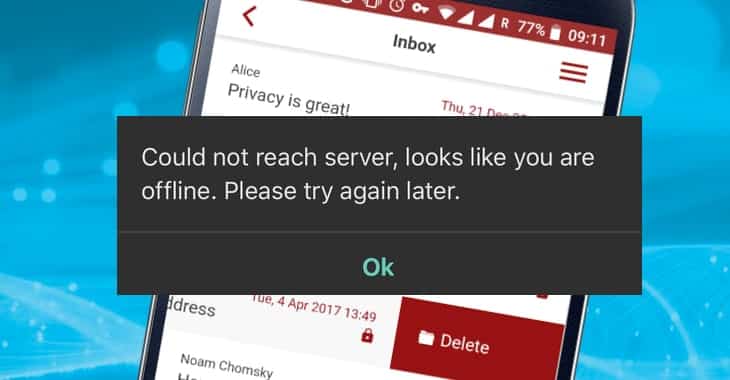 Some US users of the Tutanota have been unable to access the secure email service while out and about on their smartphones since the end of January.

Other US users have no such difficulties.

So what links the users who can’t access their encrypted Tutanota mailbox over a mobile connection? They all rely upon AT&T for their internet connection.

At first, AT&T appeared to be investigating the problem.

Our team is investigating, but they need more information. Would you mind providing us with the error/bounce message that users are experiencing? Thank you!

But it still hasn’t been fixed. And that’s a big problem – both for Tutanota’s users and for Tutanota itself.

“Such outages demonstrate how much power ISPs are having over our online experience, and it is shocking. If ISPs can block access to certain websites or services, they control the Internet. It would be naive to believe that American ISPs will not use this power. Without net neutrality ISPs can – and will – ask for extra fees.”

Tutanota wants its supporters to join the fight for net neutrality.

Users of AT&T mobile who are unable to access Tutanota are advised to try using a VPN or the Tor browser to evade the block.

Just last month, ProtonMail and StartMail were in the headlines after Russia blocked access to the encrypted email services.