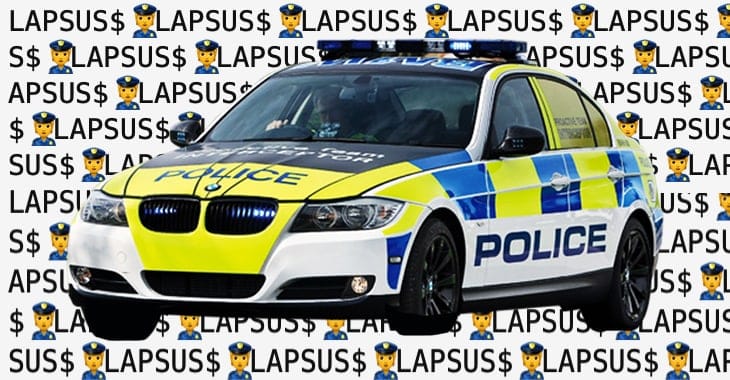 British police have charged the 17-year-old youth they arrested last week in Oxfordshire.

As I noted at the time, the arrest was widely rumoured to be connected to an investigation into the LAPSUS$ hacking gang, which has hacked the likes of Microsoft, Ubisoft, NVIDIA, Samsung, and Okta.

The Rockstar data breach saw more than 90 videos of footage from the as-yet-unreleased “Grand Theft Auto 6” game leaked onto the internet by a hacker calling themselves “TeaPot.” The teenager arrested in Oxfordshire has been charged with two offences under the computer misuse act, and two counts of breaching bail conditions, according to a tweet from City of London police.

The mention of breaching bail conditions is interesting, because it does rather suggest that the individual arrested was already known to police, and was awaiting a court hearing.

As I detailed back in March, a teenager (then reported as being 16 years old) was arrested in Oxford following a string of hacks by the LAPSUS$ group.

At the time, BBC News reported that the boy was autistic, and that his father claimed he spent “a lot of time on the computer.”

Other hackers were said to have “doxxed” the boy, revealing his name, address, and social media pictures following a falling-out.

That’s a rhetorical question… for now.