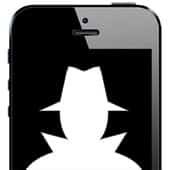 To be the victim of domestic abuse must be terrifying enough.

But when you consider that the smartphone in your pocket – which may act as a valuable lifeline to friends and loved ones – might also be helping an abuser spy on you, read your private messages, and stalk your location, things take a sinister new turn.

A young mother, in the East Midlands, came home from meeting a friend for coffee. Her abusive husband played her a conversation she had while she was out. It really frightened her because she had no idea how he was able to tape her. Did he have someone following her? Did the coffee shop owner do it?

The answer was her husband had put mobile spyware on her phone, this allowed him to turn on the phone’s microphone and listen to her conversations. She had no idea how long or which conversations he had listened to. Two days before this incident, she had a meeting with a domestic abuse worker on how and when she would leave her abusive husband. Did he know?

The Digital-Trust, an organisation which provides advice and training around issues related to technology-enabled abuse, has published three separate step-by-step guides explaining how iPhones, Androids and Windows smartphones can be best secured.

“Domestic abuse has gone digital. Mobiles are a perfect tool for abusers to use today. It makes the task of monitoring, threatening, intimidating and harassing a victim so much easier, and safer for the abuser than having to do it in person,” says Jennifer Perry, CEO of the Digital-Trust. “Victims keep their mobiles close to hand, they use them for all their social media, texts and emails. It is a wealth of information for an abusive partner. It can show who their partner talks to, how long, how often. It tracks where they are right now and where they’ve been. The right app allows you to remotely read text and listen in on conversations.”

If you’re still living with a domestic abuser, that gives them the opportunity to spy on your activity and ensure that they are able to still keep a close eye on you even if you later leave.

Surveillance behaviour starts when the victim is still living at home. Using a mobile an abuser can:

Jennifer Perry says that she is running training workshops in the next few months, up and down the United Kingdom, helping police and those working with victims of domestic abuse to understand the technology, its risks and how to best help victims.