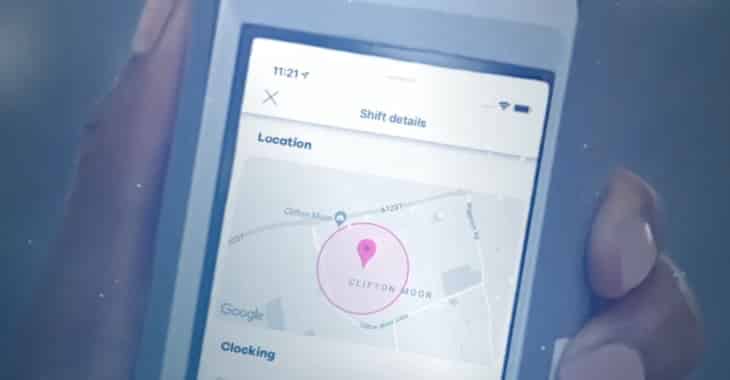 A school janitor has lost her job, and she says it’s because she refused to download a smartphone app that would track her location.

According to Canadian media reports, Michelle Dionne lost her job cleaning at an elementary school in Darwell, Alberta, after her employer ordered staff to install an app on their personal smartphones that would keep track of their location and work hours.

Upon receiving the request, Dionne expressed concerns about her privacy – especially as there was no clear communication about how the app worked or how any data collected would be processed.

“It was just a blanket statement — ‘Everybody install this app on their phone. This is how we’re doing things from now on,'” Dionne told CBC.

The app in question is Blip, from a UK-based company called BrightHR.

Blip uses GPS to create a geofence around a workplace, monitoring when an employee enters or leaves.

According to Dionne, when she was fired her failure to install the Blip app on her smartphone was mentioned in her termination letter.

It seems to me that it might be reasonable to insist an employee installs an app onto their personal smartphone if – and only if – that requirement was clearly explained when they were first offered the job.

To introduce the demand after someone has started working for a company, seems unfair to me.

Additionally, employees are right to ask questions about how their personal data will be secured by such an app, and their employers should properly brief their staff about what an app can and cannot do – rather than have them simply be told “Install this, or else…”

Dionne’s former boss, Hanan Yehia of HY Cleaning Services, says she didn’t know how and where data collected by the Blip app would be stored, and had not thought to ask the question before insisting staff install it.

There may very well be perfectly legitimate uses for apps like Blip, but companies would be wise to carefully consider staff’s understandable objections – especially when they are being told to install such an app onto their own phone.

And monitoring someone’s location is potentially the start of a slippery slope…what happens when an employer says they have a requirement to access the microphone of a smartphone?

Hmm. I wonder what happens if a member of staff simply says they don’t have a smartphone… will the cleaning company supply one just so the employee can be tracked?