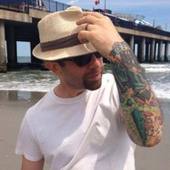 One animal rights advocate has gotten so savvy at piecing together the agency’s surveillance tactics, the FBI has freaked out and requested seven years just to puzzle out whether releasing the documents he’s after will threaten national security.

(Because, of course, vegans are such a huge threat, with all that anti-fur stuff, right?).

Meet Ryan Shapiro: a 37-year-old Ph.D. student at the Massachusetts Institute of Technology in the US, a tattooed activist-cum-academic who’s filmed sick and injured ducks (and rescued several) at foie gras facilities, who’s locked himself to the doors of fur salons, and, according to his own estimation, possibly the most prolific requester of documents via the Freedom of Information Act (FOIA).

According to a profile written by Mother Jones’s Will Potter, during one period in 2011, Shapiro was filing upward of two documents requests a day.

Shapiro’s doctoral work examines how the FBI monitors and investigates protesters. During the course of his research, Potter writes, Shapiro has developed a means of mining the agency’s records that’s not only novel and legal, it’s also highly effective.

It is so effective, in fact, the government has petitioned the United States District Court in Washington, DC, to prevent the release of 350,000 pages of documents that Shapiro is after.

Shapiro became an expert in FOIA after first being stymied in his attempts to obtain significant numbers of FBI documents in 2010.

He needed case numbers, file names, and names of field offices where investigations originated, but even with all of that, the FBI often claimed it didn’t have any relevant documents, Potter writes.

So Shapiro started reading up on FOIA law, including both the FBI’s own, internal regulations and court filings describing how it conducts searches.

As it turned out, there was one special ingredient in the magical sauce that finally enabled him to hit the jack pot: namely, privacy waivers.

Potter describes how Shapiro used the privacy waivers in combination with FOIA to find out how the FBI was conducting surveillance on animal rights activists:

Suppose you and I volunteered for the animal rights group PETA [People for the Ethical Treatment of Animals]. If Shapiro requested all PETA-related FBI documents, he might get something back, but any references to us would be blacked out. If he requested documents related to us, he’d probably get nothing at all. But if he filed his PETA request along with privacy waivers signed by us, the FBI would be compelled to return all PETA documents that mention us – with the relevant details uncensored.

Shapiro called up friends and got their signed privacy waivers.

That turned out to be the key that unlocked the FBI’s fortress. He received more than 100 pages on one close friend, including information he’d requested previously but which the FBI had claimed didn’t exist.

Shapiro then turned around to file a new set of requests that relied on case details from those documents and a handful of additional waivers.

“Each response is a teeny little window opened into the backrooms of these deliberately byzantine FBI filing systems. You get enough windows, and then you have the light you need to see what’s back there.”

He was soon submitting hundreds of requests that yielded tens of thousands of pages.

In 2012, after Shapiro had sued the FBI to release blocked documents, the DOJ responded by requesting an Open America stay – a delaying tactic that goes back to a court decision made during the US’s Watergate political scandal of the 1970s. 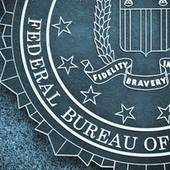 In essence, the FBI is claiming that Shapiro’s ample requests have synergy: they allow him to stitch together a “mosaic” of information whose release could “significantly and irreparably damage national security” and would have “significant deleterious effects” on the bureau’s “ongoing efforts to investigate and combat domestic terrorism”, Potter reports.

The stays have been used before, but a typical duration is 20 days.

The FBI recently asked for 14 months (PDF) when the Electronic Privacy Information Center (EPIC) sued for documents about cellphone tracking (the agency claimed to be swamped with FOIA requests), but a federal judge refused to grant the stay (given that document requests had actually decreased sharply since 2008).

But 14 months is nothing compared to how much time the FBI wants to put Shapiro’s requests off: they’re requesting a record-breaking seven long years, in this case, to determine whether in fact the documents can be released at all.

A ruling is expected within the next few months.

Of course, Shapiro’s example raises the possibility of using privacy waivers together with FOIA to enable activists or anybody who suspects they’re the subject of surveillance to find out what the feds know about us and how they go about collecting that information.

It remains to be seen whether the FBI succeeds in keeping that information in the dark by the use of legal tactics such as Open America.

Readers, have you filed FOIA requests to find out more about FBI or other surveillance? Would you, now, armed with the input from somebody who’s managed to do so successfully?

Please share your thoughts in the comments section below.

Lisa has been writing about technology, careers, science and health since 1995. She rose to the lofty heights of Executive Editor for eWEEK, popped out with the 2008 crash and joined the freelancer economy. Lisa has written for Naked Security, CIO Mag, ComputerWorld, PC Mag, IT Expert Voice, Software Quality Connection, Time, and the US and British editions of HP’s Input/Output.