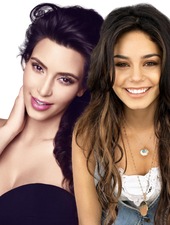 Private photographs which appear to be naked shots of reality TV star Kim Kardashian and actress Vanessa Hudgens have leaked online and are being widely shared on social networks like Twitter.

This may well be the second round of the “celeb-hackgate” that embarrassed the likes of Jennifer Lawrence and Kate Upton at the beginning of the month.

The latest leaked photos were reportedly first posted on 4Chan and Reddit, before being widely distributed by every Peeping Tom, Dick and Harry on Twitter.

Find out more about what I think about this in the following video:

I can’t claim to be a follower of Kim Kardashian’s oeuvre, or an aficionado on Vanessa Hudgens’ performances in High School Musical, so I can’t confirm if the pictures are of who they claim to be – but what was interesting to me is that the photos which are allegedly of publicity-shy Miss Kardashian (who recently became Mrs Kanye West) show her holding a BlackBerry phone.

For your benefit, I have zoomed in to the most interesting part of one of the photographs being shared on Twitter: 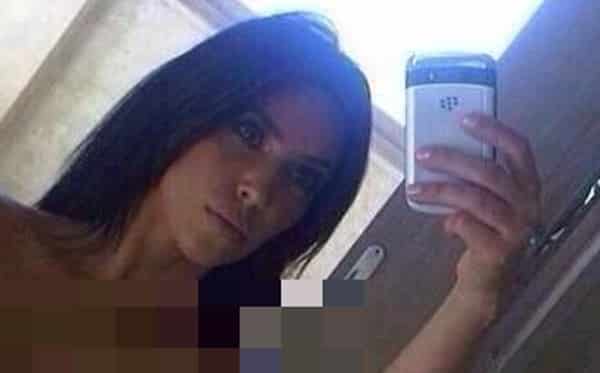 Seriously, a BlackBerry? Is Kim Kardashian really still using a BlackBerry? Recent posts by her on Twitter suggest that she may be keener on Instagram and the iPhone. Indeed, she typically uses a Twitter client called Echofon which runs on iOS, Android and Mac but – notably – doesn’t have a BlackBerry version.

So, is it possible that these photos were actually taken some time ago (perhaps, *years* ago) and have been secretly squirrelled away in the squalid collections of those who gets their rocks off looking at celeb nudies.

It certainly appears, despite all the focus put on iCloud security during the recent brouhaha, that some of the photos leaked back then were *not* taken on Apple devices – and had been taken some years before.

And we know (I reported about it on Sophos’s Naked Security site back in March 2011) that Hudgens had intimate photos and videos stolen over three years ago when her Gmail account was broken into.

So maybe what we’re seeing here is a bubbling up of old celeb photos, making brand new headlines in the tabloid press.

However old the private pictures, the humiliation for those – celebrities or otherwise – by photo-stealing hackers remains real, and underlines for all of us that we need to take proper care of our online accounts and be extremely cautious over what we share online.

So, if you haven’t already done so, choose a hard-to-crack, hard-to-guess password that you aren’t using anywhere else online, and enable two-factor authentication where available.

If you don’t like the idea of your photographs automatically being uploaded to “the cloud” turn the feature off, and always think three times before sending someone a naked snapshot of yourself that may come back to haunt you.

Because even if you take good security of your online accounts, can you be confident that the person you are sharing the photo with is being just as careful?