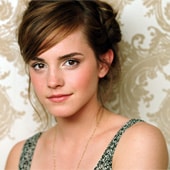 If you see a message on Facebook claiming to link to naked photos of actress Emma Watson, or a gruesome video of a spider trapped under someone’s skin, you should instantly be suspicious.

And you definitely should think twice before you click on the link – even if the message has been posted on Facebook by one of your friends.

Because you can bet your bottom dollar that it’s likely to be a Facebook scam trying to lure you with promises of saucy pictures of the actress who played Hermione Granger in the Harry Potter movies or an “OMG”-style video.

Here is one of the dangerous messages which is being seen spreading on Facebook right now:

15 year old girl having Spider Under the skin ! <LINK>

If you make the mistake of clicking on the link you are taken to what appears to be a site about to play you a video. 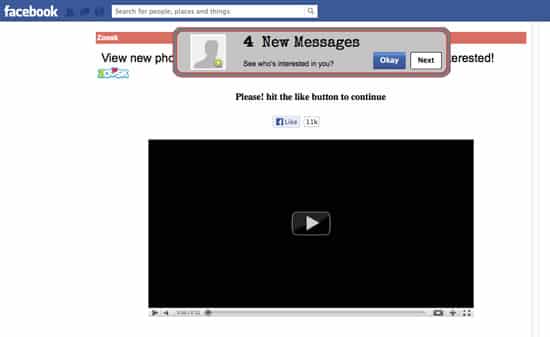 However, if you try to play the video you are instead invited to grant permission to a rogue Facebook application instead, giving it access to your Facebook profile and the ability to post messages under your name. 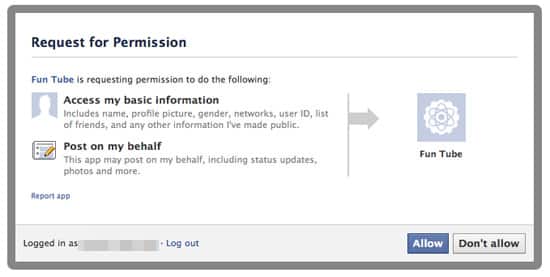 This rogue app is called “Fun Tube”, but obviously the fraudsters behind the scam can change the name of the application at any time.

If you do make the mistake of granting the rogue app permission to access your personal information, and post on your timeline using your name, then don’t be surprised if you see a message like the following has been silently posted from your account within a matter of seconds:

Naked snap of Emma Watson were leaked after the actress cell phone was hacked. See all the sanps on our App -> <LINK>

Remember this: that message will have been posted under your name, with your photograph next to it. Which means that your friends and family are more likely to believe that you knowingly posted the link to your Facebook timeline, and click on it themselves. In this way, scams can spread very quickly across Facebook.

If you were hit by a similar scam, check what applications you have granted access to your Facebook profile and revoke their permissions. Also warn your friends to be careful about suspicious posts.