Everybody should know by now that it’s a very bad idea indeed to click on any Facebook links that claim to be a leaked sex video of a world famous actress.

And yet, people still do.

The latest celebrity to have her name besmirched by scammers is Emma Watson, who played Hermione Granger in the Harry Potter movies.

Full details of this latest scam are detailed by The Hacker News, who explain that clicking on the links takes users to what claims to be an “age verification” dialog. 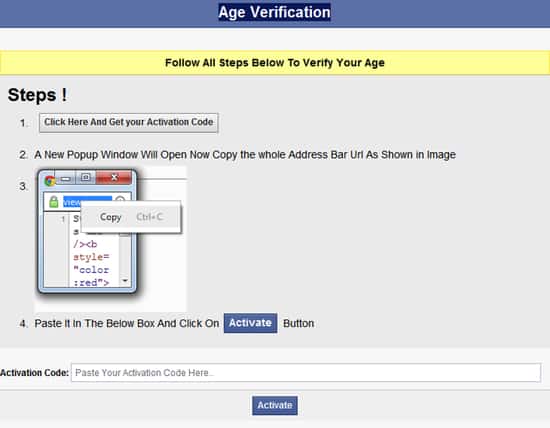 Of course, the “age verification” is nothing of the kind. How would cutting-and-pasting a script into your browser’s address bar in anyway verify how old you were?

Instead, you are helping to help spread the scam for the fraudsters behind it, and put money in their pockets.

Behind the scenes, the link to the alleged Emma Watson sex video will be posted on the victim’s own Facebook wall, tagging their friends in a hope to spread the scam even further.

In its article, The Hacker News speculates as to who might be behind the scam – but it’s not yet possible to point a finger with absolute certainty.

Scams like this wouldn’t spread if users thought with their heads rather than their trousers. Apply a little common sense, because you could be putting your computer – and your personal information – at risk.

In fact, if you’re a Hermione Granger fan who is constantly lusting after Emma Watson consider yourself particularly susceptible to these kinds of attacks.

Emma Watson appears to be bait that cybercriminals are particularly fond of deploying, in much the way that Britney Spears was in the early 2000s, with a number of recent “naked photo” scams involving the young actress lately.

If you are on Facebook, and want to be kept updated about the latest scams spreading across the social network, tips on how to protect yourself online, and news about security and privacy risks, join the Graham Cluley Security News Facebook page.