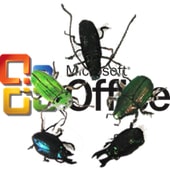 Regular readers of grahamcluley.com will know that we’re very keen for computer users to keep on top of the latest security patches, ensuring that their systems are defended from potential attack by hackers.

But what happens when the patches go wrong?

Unfortunately, Microsoft has (once again) found itself in the embarrassing position of admitting problems with some of its latest Patch Tuesday fixes.

Since the shipment of the September 2013 Security Bulletin Release, we have received reports of updates being offered for installation multiple times, or certain cases where updates were not offered via Windows Server Update Services (WSUS) or System Center Configuration Manager (SCCM).

We have investigated the issue, established the cause, and we have released new updates that will cease the unnecessary re-targeting of the updates or the correct offering of these updates.

Here is the list of bulletins that have been reissued in order to fix the updating bug:

Furthermore, Microsoft has now confirmed the mutterings I reported last week about problems with a non-security update for Outlook 2013 that caused the folder pane to disappear.

Microsoft described the problem as being caused by “a version incompatibility between outlook.exe and mso.dll”.

If both versions are earlier (lower) than 4535.1000, or both versions are later (higher) than 4535.1000, the problem does not manifest. If one file is updated but the other is not, the problem is evident. The incompatible state is created by installing either the September Public Update OR the August Cumulative update, but not both. Users of MSI-based products that have automatic updates enabled are those that are most likely to have encountered the issue.

Microsoft has pulled the offending Outlook 2013 update, while it works on creating a version that works properly.

Following so soon after last month’s buggy security update, one has to wonder what’s going wrong at Microsoft Quality Control.

The company can’t afford to keep messing up like this. The risk is that millions of users around the world will begin to question Microsoft’s ability to properly patch security vulnerabilities, and lose trust in the firm.