Call me “chicken” if you like, but I’m not rushing to install Mac OS X 10.9 Mavericks, which was just released by Apple.

The new version of Mac OS X is hitting headlines because it’s an entirely free update. That’s quite a big deal for such a major upgrade of a desktop operating system.

And if you go onto Twitter you’ll find plenty of people giving minute-by-minute updates of just how far they are along the 5GB download and installation process.

But I’m not one of them.

After all, my desktop computer is my workhorse. I need to feel confident that it’s going to be able to run the software I need to do my day-to-day work without a hitch.

I don’t want to be a day one casualty like tech broadcaster David McClelland:

Ugh. My #mavericks install fail continues. Going to be a long night. pic.twitter.com/16YDmGhpNs

And if my MacBook Air got screwed up and couldn’t use essential tools like Keynote which I use for public presentations, I’d be up sh*t creek without a paddle.

That’s the fate that seems to have befallen one of my fellow infosec bloggers, Thom Langford:

Oh dear – a combination of Mavericks and Keynote 6 has screwed up my @RSAConference deck for next week; Time to get it fixed ASAP!

I would much rather bide my time, and wait a few weeks until the dust has settled. Who knows what third party apps I have installed on my Macs which might conflict with Mavericks?

And are there really any compelling new features and functionality in Mavericks that I can’t live without which necessitate me rushing in to installing it straight away?

I don’t think so. 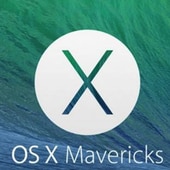 What I am sure of is that when I do finally decide to upgrade my Mac, I’ll make a full backup of my entire hard disk before hand – and test that I can restore it safely should the walls come tumbling around me.

After all, no sensible business would roll out an entirely new version of an operating system onto its computers on the day that it is launched. Instead, they would test it, see what third parties report regarding any potential issues, and make sure that it’s not going to cause them headaches.

So, call me “chicken” if you like. But at least I can feel comfortable that my computer will be working tomorrow, and I can get to bed at a decent time tonight.

Update: Hang on. Questions are being asked as to whether Mountain Lion will receive any more security updates. If not, that could change everything…