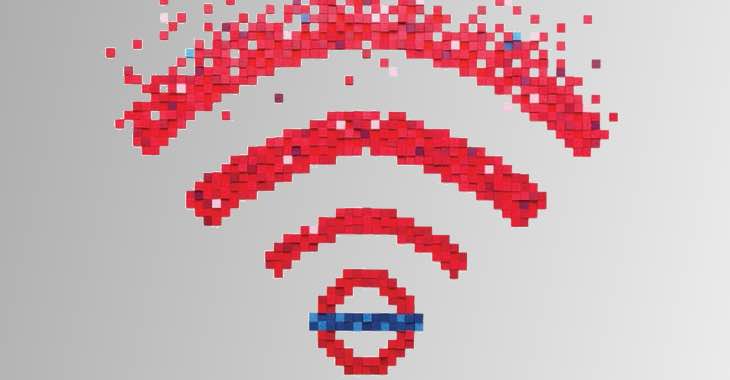 From July 8 2019, travellers on London’s underground tube network may wish to turn off their Wi-Fi first… if they don’t like the idea of being tracked.

97% of London Underground stations offer free wireless internet access via a partnership with Virgin Media, and this week Transport for London (TfL) announced that it would be starting its “secure, privacy-protected data collection” via these hotspots from Monday 8th July.

According to an FAQ about the data collection, the information will help TfL “better understand how customers move through and between stations,” by measuring how long it takes for a device to travel between stations, the route taken, and waiting times at busy times.

Later in the year, TfL hopes to introduce better alerts about delays and congestion within stations through its analysis of the data it collects.

In an attempt to allay privacy fears, TfL says that the data collected will be “automatically depersonalised… immediately after the data is first collected.” No browsing or historical data is collected from any devices, says TfL.

Travellers who have previously signed-up for the Tube’s free Wi-Fi service will have their device’s unique MAC (Media Access Control) address collected, alongside the date and time their smartphone authenticated with the Wi-Fi network and the router they connected to.

This depersonalised Wi-Fi connection data will be held for two years.

If you haven’t signed-up for free Wi-Fi on the London Underground, your phone will still be regularly sending out a probing request searching for a Wi-Fi hotspot to which it can connect. TfL says it will not use such data for analysis, and will remove such un-authenticated data “as soon as possible after receipt.”

It sounds to me like TfL is looking to provide a better service for Tube users by doing something smart with the data it has available to it.

But what bugs me is that, once again, an organisation is assuming your consent rather than asking you to opt-in. Where does this end? You might not be too perturbed by this use of your data, but what might they think of next?

If you don’t like the idea of being tracked in this fashion, the onus is on you to turn off your Wi-Fi or enable Airplane mode before you enter the station, and – of course – no longer have access to Wi-Fi on the Underground.