Bad news for anyone trusting Lavaboom for their secure, encrypted communications.

The online service, which dangled the tempting offer of being “the first secure email service that’s truly easy to use” and sadly failed to reach its $100,000 goal in a crowdfunding campaign earlier this year, is over two weeks late in updating its warrant canary. 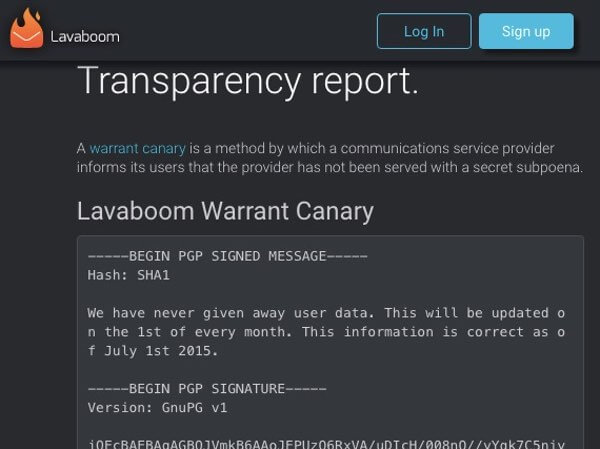 We have never given away user data. This will be updated on the 1st of every month. This information is correct as of July 1st 2015.

This isn’t something which inspires confidence in a service which was designed with the thought of keeping secure communications out of the hands of law enforcement agencies.

My guess, following the unsuccessful crowdfunding, is that the reason the canary has not been updated is not so much that they have received the unwanted attention of the NSA or other surveillance agency, but rather that that they simply don’t have the funds to continue to operate.

That’s a view shared by some commenters on Reddit.

If this is the case, then I feel sorry for the Lavaboom guys who obviously tried hard to capture the public’s imagination and support – but ultimately weren’t successful. The least, however, they could do is keep their users informed as to the status of the project so no-one jumps to the wrong conclusion.

Regardless, it sounds to me like Lavaboom has just become Lavabust.