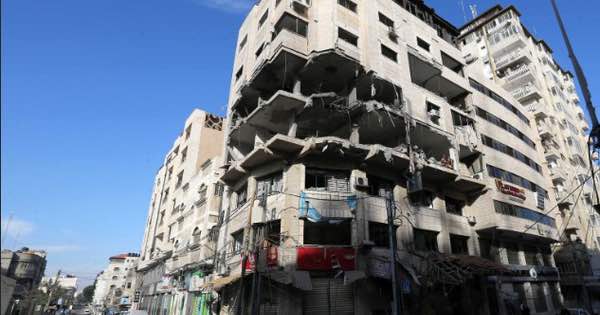 As ZDNet reports, Israel Defense Forces (IDF) launched a military airstrike against a building in the Gaza Strip on Saturday.

That’s not the normal sort of story you’d expect a technology website like ZDNet to write about, until you realise that the IDF claims the building was the headquarters of Hamas’s cyberwarfare operations.

CLEARED FOR RELEASE: We thwarted an attempted Hamas cyber offensive against Israeli targets. Following our successful cyber defensive operation, we targeted a building where the Hamas cyber operatives work.

According to Israel, Hamas launched an internet-based attack (no details have been shared of the nature of the attack) from the building which was repelled. However, clearly Israel’s military decided that countering the attack in cyberspace wasn’t enough, and so things rapidly turned physical.

“We were ahead of them all the time,” said Brigadier General D., the head of the IDF’s cyber defense division. “The moment they tried to do something, they failed.”

Israeli officials did not disclose any details about the Hamas cyberattack; however, they said they first stopped the attack online, and only then responded with an air strike.

“After dealing with the cyber dimension, the Air Force dealt with it in the physical dimension,” said IDF spokesperson, Brig. Gen. Ronen Manlis. “At this point in time, Hamas has no cyber operational capabilities.”

ZDNet‘s Catalin Cimpanu shared a video of the actual airstrike on Twitter.

Here is the video released by the IDF showing the air-strike against the building housing Hamas cyber forces. pic.twitter.com/uHm2ZYa4AP

In the past Hamas has used its hacking prowess to hijack Israeli military drones.

This is the world we now live in. Expect more of this.

Hear more discussion on this topic in this episode of the “Smashing Security” podcast: