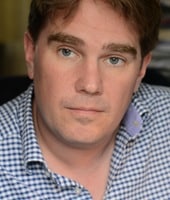 I’m delighted to announce that I will be giving a keynote presentation at the ISACA Ireland conference in Dublin next month.

And, if you fancy coming along to hear me and other speakers including former White House CIO Theresa Payton and Professor John Walker, CTO of Cytelligence, talking about security, those awfully nice chaps at ISACA have arranged a special voucher to entice you.

Simply enter the following voucher code when you book your ticket and you’ll get a massive 50% off the standard price:

The ISACA Ireland “GRC 2.0 – Breaking Down the Silos” one day conference is open to both members and non-members, and is being held in Croke Park Dublin on October 3rd 2014.

Places, naturally, are limited – so if you want to attend, check out the agenda right now, and book your place.

But don’t fret if you can’t make it to Dublin.

I’ll also be speaking in the UK next month as SecureTour 14 travels to Bristol, Manchester, Cambridge and London, and – if you’re down under – giving the keynote at the AVAR conference in Sydney, Australia, in November.

For more details of where I’ll be speaking next, check out my public speaking page where you can also get in touch if you’d like me to speak at your organisation’s next event.