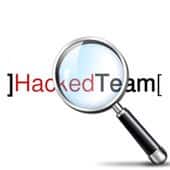 Bad enough that you are in the business of selling spyware to governments and law enforcement agencies around the world to spy upon citizens and those fighting for democracy.

Even worse that your company suffers a massive attack, with your email archives, source code and confidential internal documents published online by the hackers.

Not to mention that it becomes apparent that your own staff were grossly incompetent in their choices of passwords, and that you find yourself in the embarrassing position of having to urgently contact government customers to stop using your spyware.

But then, to really ruin your week, WikiLeaks goes and makes your entire email archive searchable online – making it child’s play for anyone with an interest to sift through communications that any company (and its sometimes shady customers) would have preferred to keep private.

I don’t know what the possible legal consequences are of WikiLeaks publishing more than one million searchable emails from Hacking Team, but somehow I suspect they’re not that bothered.

But there are surely plenty of folks who are going to brew up the coffee, and settle in for the next several hours seeing what they can uncover about Hacking Team, its spyware and its customers.

If you find anything that you feel the rest of the world would benefit from hearing about, feel free to leave a comment below.