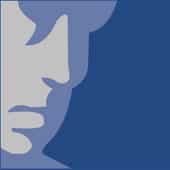 Facebook users are widely sharing a security warning with each other, informing their online friends to watch out for:

Unfortunately, although there are some elements in the warning that echo scams and attacks seen spreading across Facebook in the past, the advisory is misleading, alarmist and not terribly useful advice.

Here is the typical text of the warning being spread across the social network:

URGENT – DO NOT (!!) OPEN THE PHOTO OF THE GIRL WITH THE DISFIGURED FACE CIRCULATING ON FACEBOOK, OR THE VIDEO THAT SAYS THAT YOU APPEAR ON IT, OR ACCEPT INVITATIONS FROM THE BIRTHDAY CALENDAR…They are POWERFUL COMPUTER VIRUSES named “TROJANS”. DO NOT OPEN the video/pic of the girl who commits suicide, or VIDEOS that come and say “FX” (there are several) like the one of the dog with two legs. DO NOT OPEN ANY PAGE THAT SAYS “WHO VISITED YOUR PROFILE”. These pages HAVE V-I-R-U-S-E-S that AUTOMATICALLY get FORWARDED TO YOUR CONTACTS… BE CAREFUL ALL!!!!

Firstly, computer viruses and Trojan horses are not the same thing. Yes, they are both types of malware (shorthand for “malicious software”) but mixing the two up is likely to send a shudder down the spine of any computer security professional.

Although there have been instances where malware has been distributed via Facebook using some of the disguises described in the email, it’s more common for users to find themselves clicking on a link which takes them to an online survey (which earns affiliate cash for the scammers) or granting access to a third party Facebook app that will begin to send irritating messages out from their profile.

Furthermore, a blanket warning about avoiding videos that claim to feature you, or photos of girls with disfigured faces, isn’t helpful. Although you could be taken to a third-party webpage that hosts malware, a video or photo hosted by Facebook itself isn’t going to cause any problems for your computer. And if there was a malicious attack, the criminals behind it could change the nature of the photo or video or message at anytime – making it unhelpful to simply create a list of what to keep an eye open for.

Yes, of course, Facebook users should be careful about the links that they click on (particularly if they lead them to third-party sites), and which Facebook apps they install onto their account, but many Facebook users are far too willing to pass on warnings without checking their facts with a reputable source.

Everyone needs to learn to stop taking things at face value, and be a little more critical.

For instance, if the above advisory was true you would expect a link pointing to a respected security vendor, confirming the reports. But, of course, there’s none.

Anyone who passes on a scare such as the one above is really wasting the time of all of their online friends, and runs the risk of looking a bit of a dork for not doing their homework.

The best advice is to get yourself clued up about the real risks on Facebook and elsewhere on the internet.

If you are on Facebook, and want to be kept updated with news about scams, hoaxes, security and privacy risks, and tips on how to protect yourself online, join the Graham Cluley Security News Facebook page.