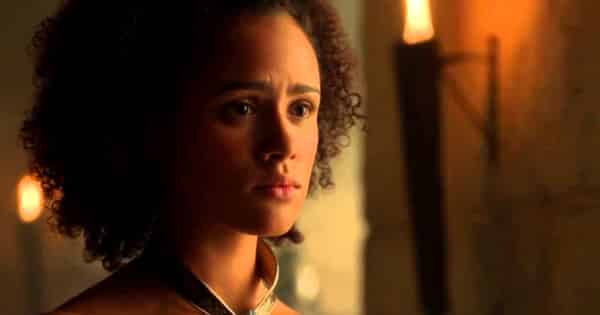 Hit “boobs-and-dragons” TV show “Game of Thrones” has plenty of fans, desperate to know what will happen in the final series of the fantasy drama. But, as “Doctor Who” fans know all too well, leaks and spoilers can ruin the fun and leave producers fuming.

So I wasn’t that surprised to read in the British tabloid press that “Game of Thrones” actors have been told to tighten up their computer security.

In fact, according to Nathalie Emmanuel who plays slave interpreter Missandei, the cast has been forced to enable two-step verification on their email accounts:

“They’ve definitely tightened up who has scripts and how we’re given them. You have to look at it digitally.”

“They won’t send it to us unless our emails have a two-step verification [security process]. You might get given rehearsal notes on set, but you have to sign for and return them before you leave.”

To which I say, how jolly sensible!

Two-step verification makes it much harder for hackers to break their way into email accounts, even if they have managed to crack or phish your password. Frankly, I can’t understand why more people haven’t turned it on (if you don’t know how – check out some of the guides at the end of this article.)

To learn more about ways in which you can better protect your webmail account (including, but not limited to, enabling two-step verification) be sure to listen to our recent “Smashing Security” podcast on the topic.