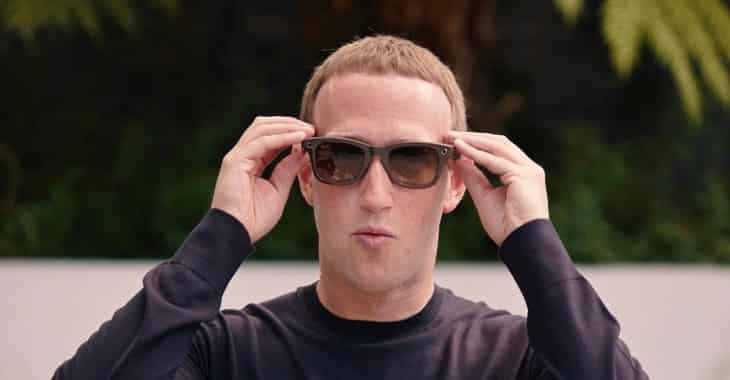 Earlier this month, Facebook announced the worst idea that it has come up with for… oooh, the last few weeks.

That’s right, they’re branded Ray-Ban, almost as if Facebook knew that putting its name on devices that will be used to film others without their knowledge might be something of an own goal.

Readers will, of course, remember the disaster that was Google Glass – the dorky “smart” eyewear that uploaded footage of individuals without their knowledge to Google’s servers, whilst simultaneously making their wearer (known as “glassholes”) look like a complete berk.

Unsurprisingly, the general public didn’t take kindly to folks filming them with Google Glass without their permission.

“There’s some weird shit on your face”

“Stop being an arsehole!”

It was no surprise to hear that many establishments banned wearers of Google Glass from its premises, and they were viewed as highly anti-social.

Facebook, however, clearly wasn’t put off by Google’s disastrous experiment with digital spectacles all those years ago, and has now launched its own version.

Now, to give them their due, Ray-Ban Stories are nothing like as dorky-looking as Google Glass. In fact, they look pretty much like Ray-Ban Wayfarer sunglasses.

But they still allow someone to spy on you, take a photograph or a short movie which will – presumably – end up posted on Facebook without your explicit permission.

So, what’s the latest? Well, European privacy regulators have said they are investigating whether Facebook’s “smart” spectacles are doing enough to warn people that they are being recorded by the wearer.

Ray-Ban Stories have a small LED which lights up to indicate that a video is being taken. But, of course, you’d have to know about how the glasses worked to realise that that meant you were being recorded.

Furthermore, would you notice the small non-blinking LED anyway?

“While it is accepted that many devices including smart phones can record third party individuals, it is generally the case that the camera or the phone is visible as the device by which recording is happening, thereby putting those captured in the recordings on notice. With the glasses, there is a very small indicator light that comes on when recording is occurring. It has not been demonstrated to the DPC and Garante that comprehensive testing in the field was done by Facebook or Ray-Ban to ensure the indicator LED light is an effective means of giving notice,” wrote Ireland’s Data Protection Commission (DPC), which has the unenviable job of regulating Facebook’s antics because it is where the social media company’s European base is located.

It seems to me that there’s a very simple fix for this problem, which only requires a little redesign of the glasses.

How about if the spectacles had an additional dot matrix display above them, which scrolled a message that announced to bystanders that they might be being filmed?

Of course, that doesn’t help people who are visually-impaired or blind. They have just as much right to privacy as the rest of us. So the visual warning should be accompanied by a clear and loud audible warning:

“WARNING! A TWAT WEARING FACEBOOK-CONNECTED SPECTACLES IS IN THE VICINITY”

That should work nicely.

Leave your own comments below on how you think the problem would best be resolved, and I’ll pass them on to Mark Zuckerberg.

For more discussion of this topic, be sure to check out this episode of the “Smashing Security” podcast: