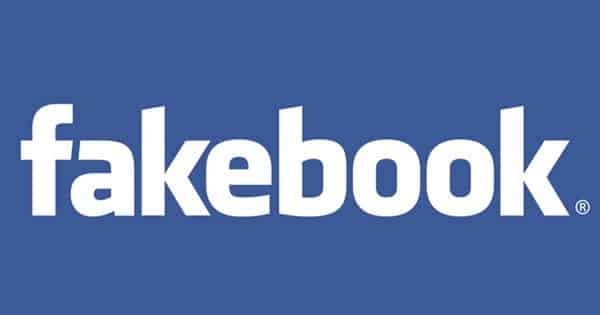 Facebook would like you to believe that it’s serious about ridding its platform of fake news. So how come InfoWars, one of the most notorious outlets of sick conspiracy theories, is allowed to maintain a page on the social network?

CNN‘s Oliver Darcy asked the question at an event organised by Facebook with the seeming intention to convince the public that it was serious about tackling the problem of fake news and misinformation.

At least if that was its intention, Facebook failed.

When asked by this reporter how the company could claim it was serious about tackling the problem of misinformation online while simultaneously allowing InfoWars to maintain a page with nearly one million followers on its website, Hegeman said that the company does not “take down false news.”

“I guess just for being false that doesn’t violate the community standards,” Hegeman said, explaining that InfoWars has “not violated something that would result in them being taken down.”

Hegeman added, “I think part of the fundamental thing here is that we created Facebook to be a place where different people can have a voice. And different publishers have very different points of view.”

Hmm. I wouldn’t really describe InfoWars as “a different point of view”. It’s an outlet that has continually peddled cruel conspiracy theories, including the sick notion that the 2012 shooting at Sandy Hook Elementary school was a hoax. Or that the student survivors of the Parkland Florida shooting were actors hired to pretend to be fake victims of a fake tragedy. The list goes on…

If you’re going to clean up your social network of fake news, what more obvious place to start?

Reporter Oliver Darcy, who may find himself not invited back to future Facebook media events, asked the site for a deeper explanation of its policies after the event, and was given the following statement by spokeswoman Lauren Svensson:

“We work hard to find the right balance between encouraging free expression and promoting a safe and authentic community, and we believe that down-ranking inauthentic content strikes that balance. In other words, we allow people to post it as a form of expression, but we’re not going to show it at the top of News Feed.”

“That said: while sharing fake news doesn’t violate our Community Standards set of policies, we do have strategies in place to deal with actors who repeatedly share false news. If content from a Page or domain is repeatedly given a ‘false’ rating from our third-party fact-checkers … we remove their monetization and advertising privileges to cut off financial incentives, and dramatically reduce the distribution of all of their Page-level or domain-level content on Facebook.”

In short, Facebook isn’t removing fake news from its network. It’s just trying to make it less visible to those who don’t want to read it.

Oh, and this isn’t just a Facebook problem. YouTube is just as bad, giving Alex Jones and InfoWars a platform to beam their bonkers conspiracy theory videos and hate-filled diatribes into the eyeballs of millions of people.

In the past, major brands have discovered that, unknown to the companies, YouTube had been playing their ads on the InfoWars and Alex Jones channels.

6 comments on “Facebook doesn’t want to eradicate fake news. If it did they’d kick out InfoWars”