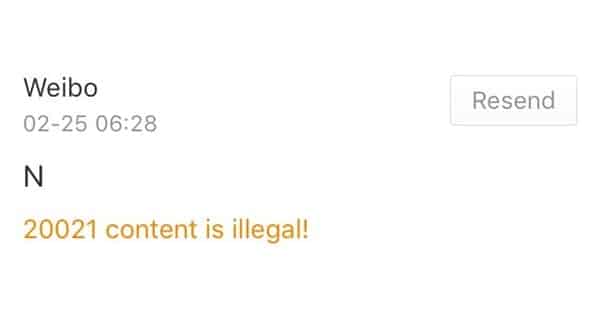 Proposed changes to China’s constitution which could result in President Xi Jinping remaining president indefinitely haven’t gone down well with everyone in China.

In fact, as Business Insider reports, so many people turned to social media to criticise the plans that the country issued a temporary ban on some words and phrases being posted to the popular Sina Weibo microblogging site.

The letter ‘N’? What could be so offensive about that?

Victor Mair, a China expert at the University of Pennsylvania, believes he may have the answer:

This is probably out of fear on the part of the government that “N” = “n terms in office”, where possibly n > 2; as in “liánrèn n jiè 连任n届” (“n successive terms in office”), which would be forbidden anyway because of the liánrèn 连任 (“continue in office”) part.

If you ask me, it seems a little over-zealous to block a single letter from being used.

In fact, it reminds me a little bit of a bug that Trend Micro was plagued by in 2003, when one of their products started blocking any emails which contained the letter “p”.

On a side note, it’s interesting to read that Winnie the Pooh memes are also unpopular with the Chinese regime. Quite what Xi Jinping has against the adorably tubby honey-loving bear is beyond me.

Ayway, ext time you try to logi to your favourite microbloggig platform to complai about the govermet, just thak your lucky stars you do’t live i Chia.