Apple has just released a new version of iOS for iPhone and iPad users, which they claim will fix the various passcode flaws that have been embarrassing the company since the recent launch of iOS 7.

The most recently discovered problem was a vulnerability in iOS 7’s lockscreen code that allowed anyone to make a phone call from a locked device via the emergency screen. 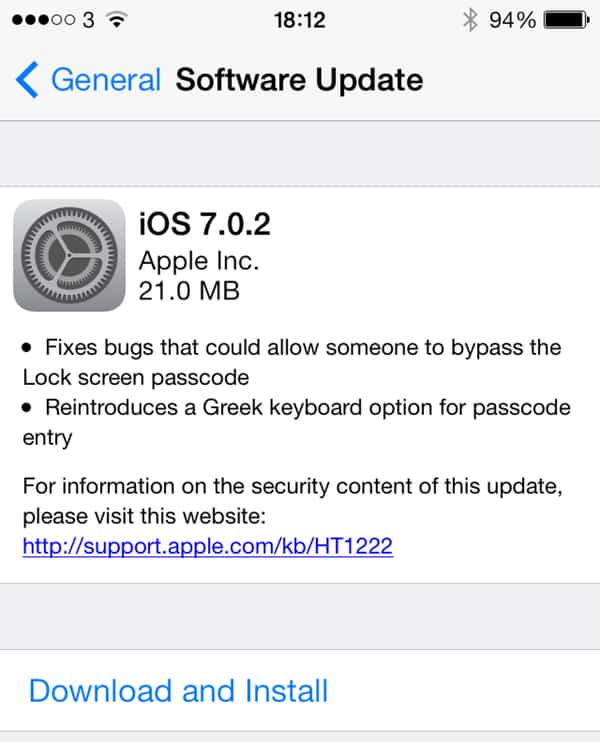 Anyone want to place a bet on how long it takes hackers to find a vulnerability in this version?

If you want to install it for yourself, go to Settings | General | Software Update. Be sure, of course, to read the terms & conditions before you go ahead and install the update to iOS 7.02 – who knows what they could have slipped in there?

PS. Anyone else going to try using that Greek keyboard option for a really tricky to crack passcode? :)