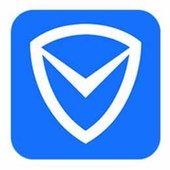 Tencent is the latest Chinese software company developing an anti-virus product to have been censured by independent testing agencies in less than a week.

Last week, Qihoo had its knuckles rapped and certifications removed by AV-Test.org, AV-Comparatives and Virus Bulletin, after being found cheating in recent tests to falsify its detection capability.

Now the testing bodies have named Tencent as guilty of gaming tests to falsify its abilities in performance tests. Worse still, according to the testers, the tweaks made for the testers could actually make the product’s real-life detection rates *worse*.

Here is the announcement that Virus Bulletin has posted on Facebook: After in-depth investigations, certain optimizations have been identified in Tencent products which are clearly designed to improve their ratings in AV-TEST’s performance testing. These optimizations, which have been found in all recent public versions of the products, provide minimal benefit to normal users and could even degrade the level of protection offered by the products.

All three testing labs involved in these investigations – AV-TEST, AV-Comparatives and Virus Bulletin – expect participants in their tests to behave in an open and ethical manner at all times, and consider this sort of “gaming” of tests to be unhelpful to both developers and users. The labs will be imposing stricter controls on participants to reduce opportunities for such actions, and will revoke all affected certifications and awards granted so far in 2015.

It seems to me that Windows users have enough to worry about with malware, without also worrying that vendors are fiddling security products in such a way that detection rates are weakened, but to make them look faster in independent tests.