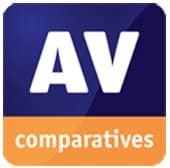 AV-Comparatives, one of the world’s leading independent testers of anti-virus products, says that it has uncovered that at least one product isn’t playing by the rules.

AV-C has uncovered an infringement of the testing agreement by one of the vendors participating in its tests. It has been found that a product submitted for testing by the vendor had been specifically engineered for the major testing labs, including AV-C; public availability of this version was limited. A second vendor is also being investigated for similar reasons. When this analysis is complete, AV-C will announce the measures it will take against the vendor(s) found to be in breach of contract.

Imagine if the security software you or I might get from an anti-virus vendor was different from what AV-Comparatives tested. Frankly, what would be the point of reading the test at all?

It would clearly be a problem if a vendor was able to ensure that the version of its software tested by AV-Comparatives was “tweaked” to distort its capabilities in the real world.

Right now, mystery surrounds who the offending vendor might be or the details of what they have done. But it’s possible that there is more than one offender.

AV-Comparatives says it suspects another vendor may also be guilty of breaching the rules of the tests, and that it has informed other testing bodies of what it has found so far.

A posting on AV-Comparatives’ Facebook page reveals little more in the way of new clues as to who the offending security vendors might be.

In the next few days we will probably know more, but right now one thing is for sure. All security vendors will be on their guard to make sure that they’re not found trying to cheat the results of anti-virus tests.