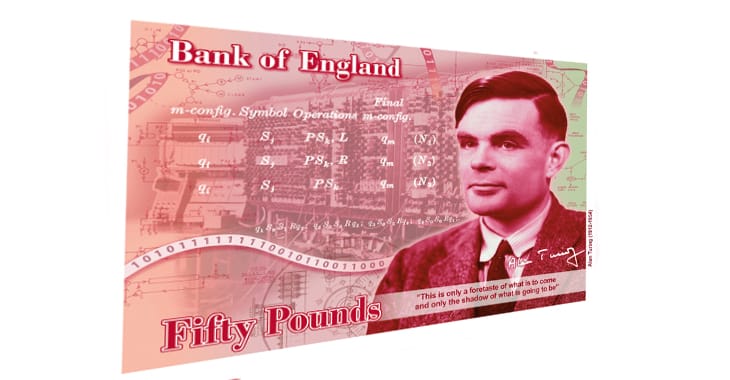 The Bank of England has announced that Alan Turing’s face will grace the new £50 note.

Turing, as if anyone reading this website needs to know, was the English mathematician and computer scientist who worked at Bletchley Park during World War II, developing a pioneering electro-mechanical device (known as “The Bombe”) which dramatically sped up the cracking of secret messages encypted by Germany’s cypher machine Enigma.

Turing’s work is regarded by historians as vital to the war effort, helping to shorten the conflict by perhaps two years.

Turing was a pioneer of computer science, but his achievements and immense contribution at Bletchley Park were not publicly recognised in his lifetime due to the nature of the work being classified top secret.

Turing’s place as one of the founding fathers of modern computing was secured, however, with a paper published in 1950, proposing a test which could test machine intelligence. 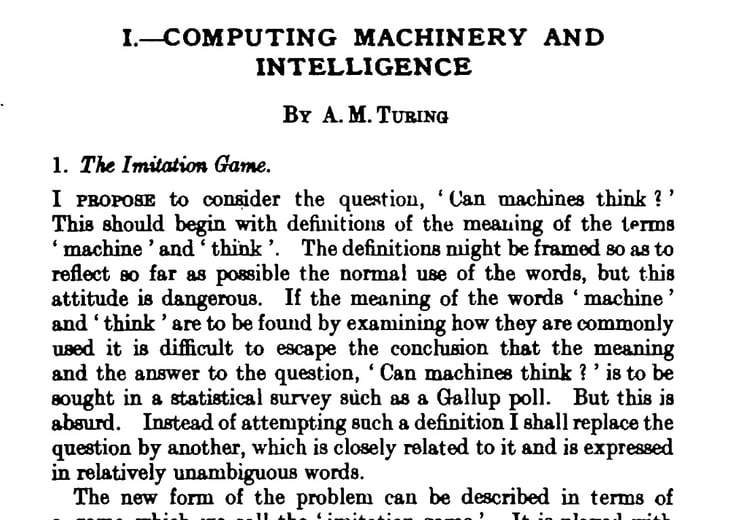 Turing’s idea was that rather the question “Can machines think?” could be replaced with one that asked “Are there imaginable digital computers which would do well in the imitation game?”

Everytime you complete an online CAPTCHA form, you’re effectively a contestant in the imitation game, referred by a website that is trying to determine if you are a genuine human or a bot.

Tragically, the establishment treated Turing disgracefully in the years after the war. In 1952, Turing was convicted of “gross indecency” (male homosexuality was illegal in England until 1967), and – rather than be sent to prison – the mathematical genius chose to be chemically castrated.

Turing’s security clearance was revoked and he was barred from working for GCHQ. In June 1954, at the age of 41, Turing killed himself by poisoning himself with cyanide.

It took over 50 years for the British government to apologise and give Turing a posthumous pardon.

It’s too little and too late, of course, to make up for the horrendous way that Turing was treated by the establishment. But it’s a good thing that he has been honoured as one of the country’s greatest scientists by becoming the face of the new £50 note.

You might be amused by this rather bonkers video produced by the Bank of England, unveiling the new note.