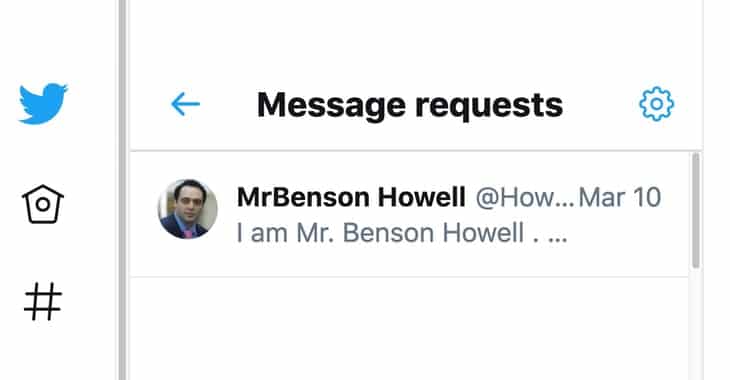 My thanks to Mr Benson Howell, a banker in Abu Dhabi, who has been in touch via Twitter to inform me that he is willing to share 40% of the $11,480,000 that fell into his lap after one of his clients sadly perished in an air crash without leaving any next of kin. Mr Howell, by the way, is a relative newbie on Twitter. I hope everyone will make him feel welcome.

Remarkably, I discovered – through a reverse image search – that the photograph Mr Howell uses on his Twitter account at @HowellMrbenson bears an uncanny resemblance to Araz Taeihagh, an assistant professor at the Lee Kuan Yew School of Public Policy of the National University of Singapore. They even seem to have the same taste in suits, shirts, and ties. I doubt Mr Taeihagh over in Singapore has any idea that he has a doppelganger in Abu Dhabi with the same natty dress sense. Maybe I should introduce them?

Sadly, Mr Howell’s offer is one that I shall have to refuse. It would seem positively criminal for me to take such a large share of the fortune for doing something that requires me to take “no risk or anything incriminating against [my] freedom or reputation.”

An honourable gentleman like Mr Howell should keep all the money for himself! I don’t deserve it, but he surely does. And good luck to him! 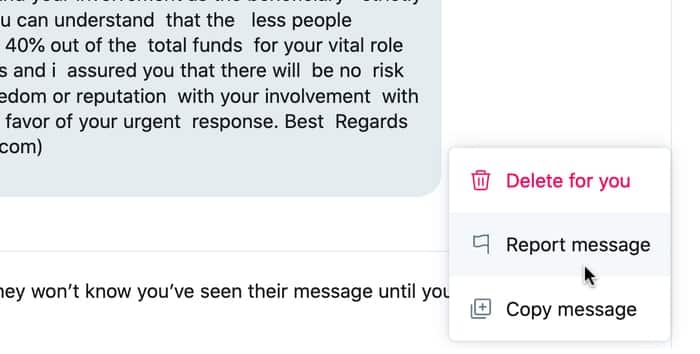 Don’t forget, if you’re a scammer you shouldn’t hesitate to reach out to me on Twitter at @gcluley with your business or marriage proposal.