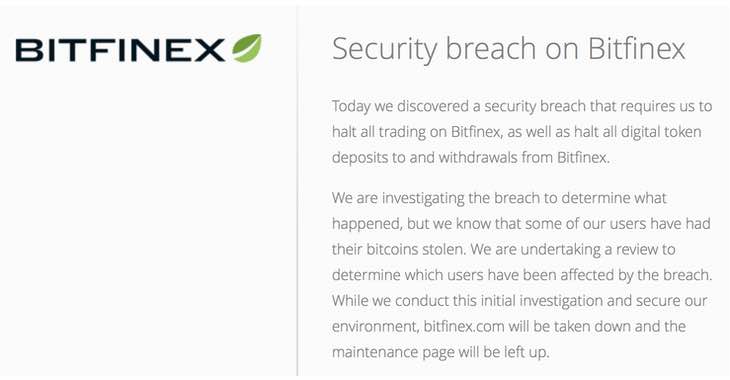 Hackers have compromised the Bitcoin exchange Bitfinex, the company announced today, withdrawing roughly $61 million from various consumer accounts. The causes of the breach are still unclear, but the attackers appear to have bypassed Bitfinex’s mandated limits on withdrawals.

“The theft is being reported to — and we are co-operating with — law enforcement,” the statement reads. “We ask for the community’s patience as we unravel the causes and consequences of this breach.”

You really shouldn’t be surprised. Online criminals are modern-day Willie Suttons. They go where the money is.

If you had a Bitcoin wallet with Bitfinex I imagine you would be quite worried right now.

In fact, if you had a Bitcoin wallet anywhere else you probably shouldn’t be feeling too smug. Security Week reports that the value of Bitcoin has dropped by more than 20% since the incident.