A friend visits your house, and wishes to use your Wi-Fi.

You tell your friend your Wi-Fi password in confidence. They type it into their laptop, which has recently been upgraded to Windows 10.

Your friend’s laptop can now use your Wi-Fi connection, and you’re fine with that. After all, they’re your friend. You don’t believe they are going to abuse the privilege.

If you’ve chosen a complex, lengthy password like 7sAp{oMEmGD#YT)MzGdTLQM9C then chances are that your friend is not going to be able to remember your Wi-Fi password, even if they wanted to break your confidence.

But there’s some bad news.

And that bad news is that your friend has Windows 10 installed on their laptop. And Windows 10 has a password-sharing feature called Wi-Fi Sense enabled by default.

Requiring just a click and the password being re-entered by your friend, Wi-Fi Sense allows your friend’s Skype and Outlook/Hotmail contacts (if they use Windows 10 or Windows 10 Mobile) to also log onto your Wi-Fi network, without you having to share your password with them. Access can also be shared with your friend’s Facebook friends if they choose to allow that.

In other words, complete strangers could now use your Wi-Fi without your permission.

Thanks for nothing Microsoft.

Oh, and your Wi-Fi password? That has been uploaded to a Microsoft server.

So, your friend’s friends and contacts can access your Wi-Fi, and the password is now stored on Microsoft’s server.

You never gave permission for the password to be shared with your friend’s contacts, or to be uploaded to Microsoft’s servers.

Inevitably, some people (me amongst them) aren’t happy about this.

Microsoft’s answer? If you don’t want Wi-Fi Sense to scoop up your password when you share it with a friend, and then share it with that friend’s friends and contacts you have to rename your Wi-Fi network.

Yes, that’s right. Even though you may not use Windows 10, and may not have ever spent a single buck on a Microsoft product, the onus is on you to change the SSID of your Wi-Fi network, by including by including _optout somewhere in the wireless network’s name.

So, if you don’t want the scenario I describe above to happen to you, you need to change the name of your Wi-Fi network and (of course) change the settings of any devices that you currently allow to legitimately connect to that wireless network, such as your Wi-Fi-enabled TV.

Never mind that many people won’t have the first clue about how to change the SSID settings of their Wi-Fi router. 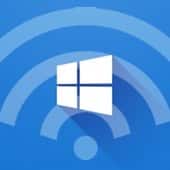 It seems to me that those owning Wi-Fi hotspots should have been required to “opt-in”, *not* opt-out, of having Microsoft mess around with who could access their wireless network.

You’d expect this kind of bad behaviour from Facebook or Google (in fact, Google already did it with its controversial StreetView Wi-Fi mapping a few years ago)- it’s disappointing to see Microsoft up to the same shoddy tricks.

In a nutshell, the onus should not be on Wi-Fi owners to change the names of their networks if they don’t want to be part of Microsoft’s Wi-Fi Sense shenanigans. Instead, the onus should be on Microsoft to convince us that there are good reasons why we might want to join in.

The reason why they’ve done it the way they have is because Microsoft knows that many people wouldn’t be keen on the idea.

22 comments on “Windows 10: Microsoft assumes your consent in sharing your Wi-Fi, even if you don’t use Windows 10”