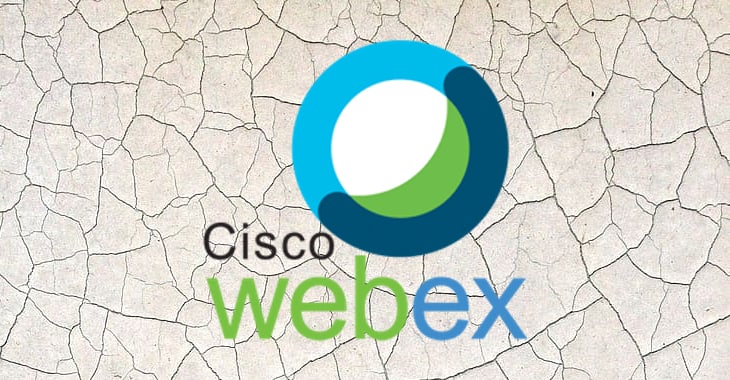 Cisco, the makers of Webex, had warned users of the online conferencing service that a vulnerability allowed unauthorised remote users to listen in on private online meetings – without having to enter a password.

The vulnerability, which was rated as high severity by Cisco in a security advisory it published on its website, could allow a complete stranger to snoop upon a private conversation. All that they would need would be the meeting’s ID number and a copy of the Webex mobile app on their iOS or Android smartphone.

A vulnerability in Cisco Webex Meetings Suite sites and Cisco Webex Meetings Online sites could allow an unauthenticated, remote attendee to join a password-protected meeting without providing the meeting password. The connection attempt must initiate from a Webex mobile application for either iOS or Android.

The vulnerability is due to unintended meeting information exposure in a specific meeting join flow for mobile applications. An unauthorized attendee could exploit this vulnerability by accessing a known meeting ID or meeting URL from the mobile device’s web browser. The browser will then request to launch the device’s Webex mobile application. A successful exploit could allow the unauthorized attendee to join the password-protected meeting.

Thankfully, any unauthorised attendees would be visible in the attendee list of the meeting as a mobile attendee. So sharp-eyed legitimate participants in the online meeting might wonder who the interloper was.

In short, they’re hoping that they spotted it before anyone else did.

Of course, proving 100% that no-one else ever exploited the flaw is a much bigger challenge.

Security vulnerabilities have been found in Webex’s software in the past, including one which saw its Android app potentially open a door for malicious attackers, spread a boobytrapped .SWF Flash file to other meeting participants, and most recently – earlier this month – steal credentials from users via malicious links.