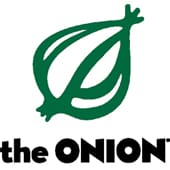 The hackers, who have recently attacked numerous media accounts, posted jokey messages – which left some in a state of confusion as to whether the account was really compromised, or was simply pretending to be hacked as a publicity stunt.

The #Onion CEO: “We regret taking zionist money to defame Syria, now the hackers are up our ass” 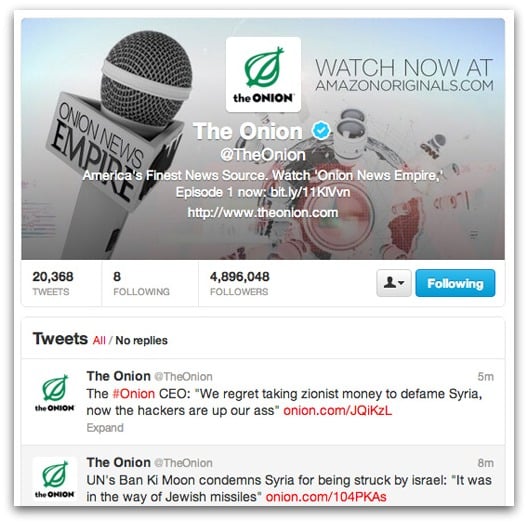 Of course, The Onion is in the habit of posting silly untruthful news stories – so it’s doubtful that anyone really noticed much difference.

To their credit, The Onion took the hack in good spirits and posted a joke news story claiming that they had changed their Twitter password to OnionMan77 to deflect future attacks:

“We have taken the necessary measures to ensure this kind of thing never happens again,” said Onion IT specialist Nick Abersold, who noted that the new password’s length and use of numbers makes it “virtually impenetrable.” “There are no spaces, and the O and M are both capitalized—both tactics that I think will keep us safe for the foreseeable future. Also, there’s not one, but two 7s. So, once again, The Onion’s Twitter password is OnionMan77.”

Joking aside, media organisations should follow the advice sent out by Twitter last week, offering sensible tips on how companies could avoid becoming the next victim of the Syrian Electronic Army and other hackers.

Update: At the time of writing, The Onion appears to have wrestled control back of its Twitter account. However, the Syrian Electronic Army has been posting pictures to Twitter as evidence that it also compromised the website’s email accounts.