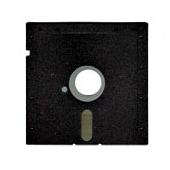 If you’re an IT greybeard you might recall the Stoned virus.

It first appeared in 1987 at the University of Wellington, New Zealand, infecting floppy disks and the partition sector of hard disks.

If your PC was infected with Stoned then every write-enabled floppy disk that you accessed could also become a carrier for the virus, which was taken around the globe by sneakernet.

If you were silly enough to leave an infected floppy disk in your A: drive, and turn on your computer it would try to boot up from the floppy, and become infected by the Stoned virus in the process.

Normally there would be no visual clue of an infection.

But one in every eight times that you booted an infected PC, you might find yourself greeted with the message:

Your PC is now Stoned!

What the Stoned virus *didn’t* do, however, was infect files.

So, it’s fairly easy to conclude that the Stoned virus warning reported by some users of Microsoft Security Essentials is a false alarm. Earlier today, a virus signature from the virus “DOS/STONED” was uploaded into the Bitcoin blockchain, which allows small snippets of text to accompany user transactions with bitcoin. Since this is only the virus signature and not the virus itself, there apparently is no danger to users in any way. However, MSE recognizes the signature for the virus and continuously reports it as a threat, and every time it deletes the file, the bitcoin client will simply re-download the missing blockchain.

Of course, knowing it is a false alarm may stop some users from panicking, but it doesn’t stop the incorrect anti-virus warning that’s popping up from being any less of a nuisance to those people who have a copy of the Bitcoin blockchain.

Let’s hope that Microsoft fixes its false alarm soon, and stops looking for 25-year-old boot sector viruses in files that it cannot infect.

2 comments on “Is one of the world’s oldest viruses haunting the Bitcoin Blockchain?”