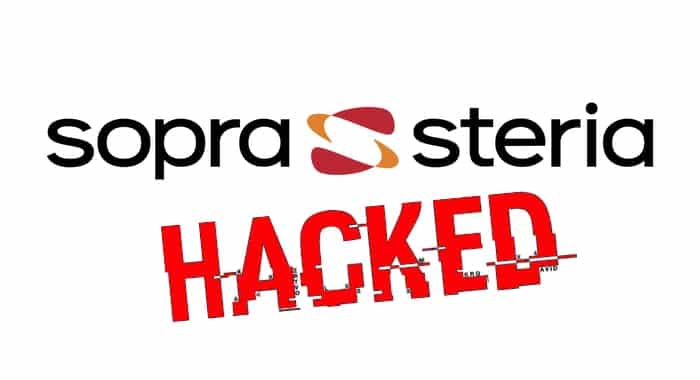 European IT services group Sopra Steria has been hit by a cyber attack.

Which would be unfortunate for any business at the best of times, but is possibly even more galling for a firm like Sopra Steria which has a specialist cybersecurity branch which claims to help customers “protect sensitive information, and prevent costly data breaches.”

Naturally Sopra Steria’s corporate clients, some of whom rely upon the firm to operate their core business processes and IT systems, will be concerned and will have plenty of questions regarding the nature of the attack.

French media reports have claimed that the company has fallen foul of the Ryuk ransomware, but for now all Sopra Steria has confirmed in a terse official press release is that it has “detected” a “cyber attack” on its network: 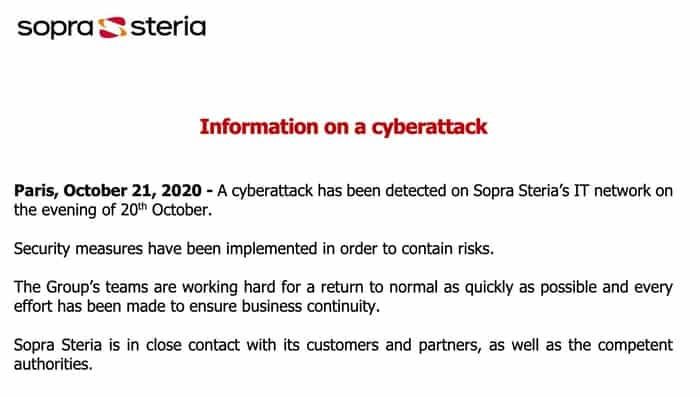 A cyberattack has been detected on Sopra Steria’s IT network on the evening of 20th October.

Security measures have been implemented in order to contain risks.

The Group’s teams are working hard for a return to normal as quickly as possible and every effort has been made to ensure business continuity.

Sopra Steria is in close contact with its customers and partners, as well as the competent authorities.

Of course, it is confirmed that a ransomware attack lies at the heart of this security breach there will not only be questions about how quickly the firm will be able to get up and running again, but also whether sensitive data might have been exfiltrated during the hack.

Although it might be easy for those unaffected to be bemused by the irony of a company like Sopra Steria being hit by ransomware, it’s really a reminder that any organisation could potentially fall victim to a determined attack.

All companies, big and small, need to be on their guard and put defences in place to reduce the chances of becoming the next victim.

We don’t know presently what the scale of the security breach is, or its precise nature, but it’s worth underlining that Sopra Steria is a casualty of cybercrime, and that our strongest anger should be directed at those who launched the attack in the first place.

Further reading: Sopra Steria confirms it has been hit by new strain of Ryuk ransomware, will take weeks to return to normal operations